In the final of Lenovo’s phone announcements today. They have announced the A859. Which is actually a budget phone. It’s the cheapest phone that they have announced today. Coming in at about $219. The A859, doesn’t look like a budget phone though. It’s sporting a 5-inch 1280 x 720 IPS display that has 178-degree wide-angle viewing. That’s better than the qHD display on the S650, in my opinion.

The A859 is also sporting a MediaTek 6582 1.3GHz quad-core processor, with Android 4.2 – Jelly Bean on board. It’s got 1GB of RAM, 8GB of internal storage, with support for a 32GB microSD card. It is dual-SIM capable, along with Bluetooth 3.0. Unfortunately it’s not supporting Bluetooth 4.0 just yet. It does support 2G and 3G networks, no 4G LTE on this one. As well as most WiFi networks. For those interested in the cameras, there’s a 8MP shooter on the back and a 1.6MP shooter on the front. The A859 is using a 2250mAh battery inside, which should last you the entire day. As far as the dimensions go, it’s 142 x 72.5 x 9.2 mm.

The A859 is actually a really nice phone, considering the price point Lenovo is hitting with this device. Of course, most of you reading this won’t be looking for this phone as most of our readers are on the cutting edge of tech and would probably want the Vibe Z over the A859. But for those that just need a phone that works and doesn’t want to pay a whole lot for that phone, this is a good choice for them.

As far as availability goes, this one will also be available immediately in countries where Lenovo smartphones are sold, and they’ll be asking roughly $219 for this device. Which is definitely a good price point. How many of you are interested in the A859 from Lenovo? We’ll learn more at CES next week about the A859, S650, S930 and the Vibe Z. 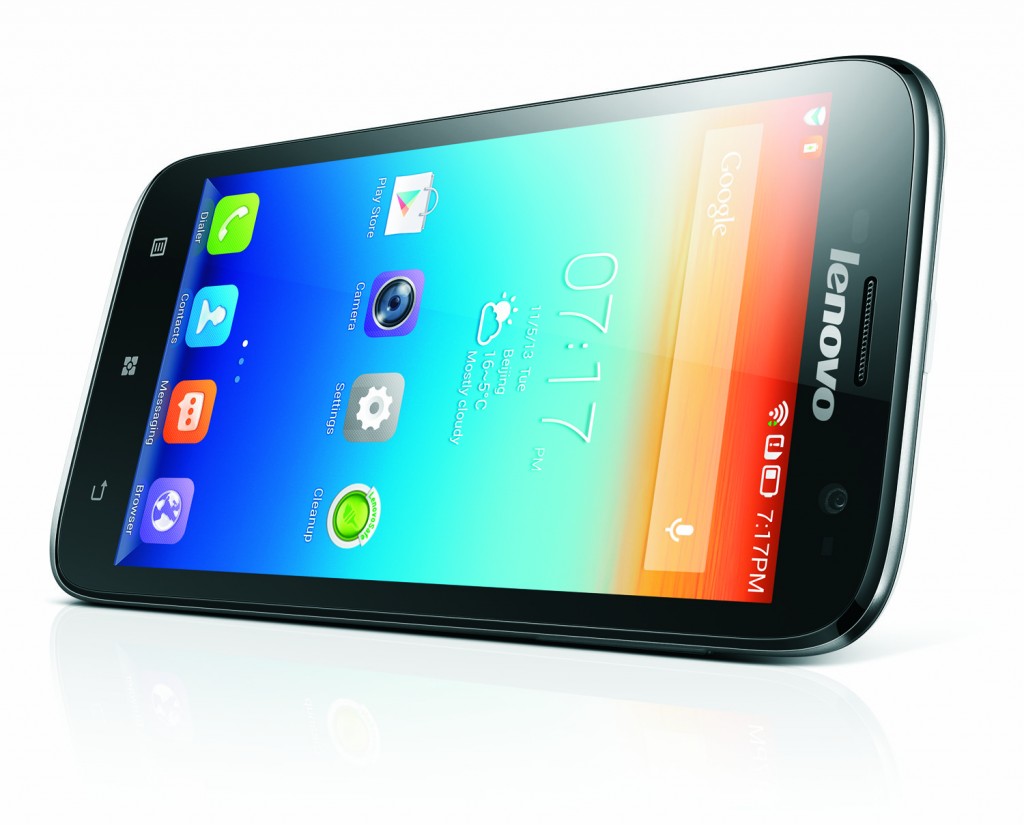