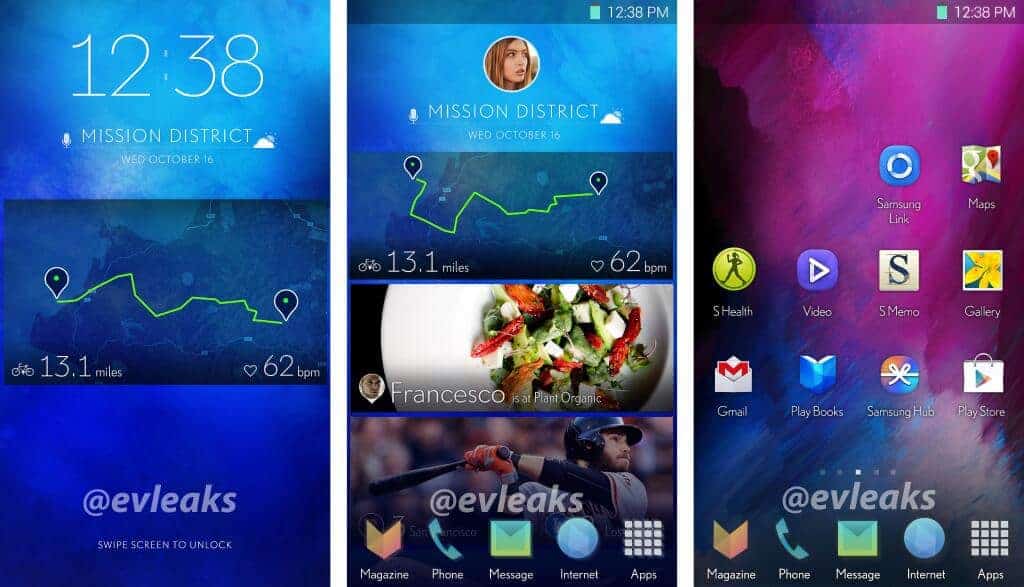 When Samsung’s Chairman Lee Kun-hee announced in his 2014 annual address to Samsung employees that they would be focusing on software innovation this year, we knew something exciting would happen.  After all Samsung is the world’s largest electronics manufacturer, and the leader in sales in mobile devices, so when they shift gears and put a significant amount of money into R&D for new software instead of focusing on hardware you know something huge is going to happen.  Just yesterday Samsung announced the newest lineup of tablets to its vast catalog of devices, the Galaxy TabPRO series, and with it we saw some curious new UI design in the pictures provided to the press.  What we didn’t know was just how deep this went, and if this new design trend was moving its way to Samsung’s phone catalog as well.  Thanks to famous industry leaker @evleaks on Twitterwe’re getting a glimpse at one of the new UI designs that Samsung is experimenting with for the latest build of its TouchWiz Android overlay, and it’s a pretty promising design. 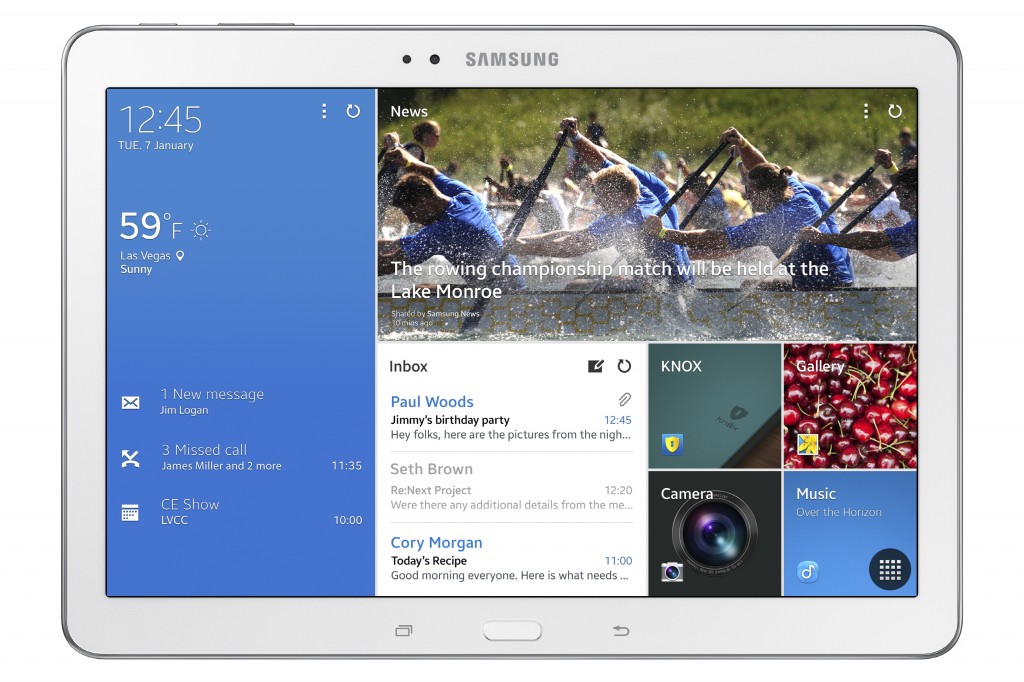 Unlike the very Windows Metro esque design of the launcher on the new Galaxy Tab PRO series, the leaked screenshots above feature a launcher that’s organized the same way as the current TouchWiz launchers for the Galaxy phone series, but a visual color pallet that’s completely different than what we’re used to from Samsung.  Gone are the green and blue hold over colors from the Android 2.3 Gingerbread days and in are the neon and pastel colors of the Android 4.0+ design language.  The overall design appears like a neon extension of what started with the stock background on the Galaxy Note 3 and Note 10.1 2014 edition, but turned very simplified and with extra neon colors.  The overall silhouette of the icons remains the same, and the messaging icon still unfortunately looks like an email icon instead of a chat bubble.

The notification bar up top is a little less transparent than the one found on the Android 4.3 build of TouchWiz, and the battery icon is now a neon blue/green instead of the Gingerbread green of old.  You’ll also notice a significant font change from the bubbly font Samsung likes to use now, which is a lot more appealing.  It follows in the footsteps of Google’s Roboto font but remains unique, keeping with the long slender lines and wide kerning of a more modern font.  It also appears that Samsung might have integrated My Magazine straight into the home screen instead of it being a separate app, a la like HTC did with Blink Feed on the HTC One.  Overall it’s great to see Samsung finally changing things up, but do you prefer the way they seem to be changing on the tablet side or the smartphone side?  There’s no telling if these linked screenshots are final, but they are at least one of the many likely prototype designs that Samsung is working on for the Android 4.4 KitKat build of TouchWiz that is scheduled to be released in the very near future.