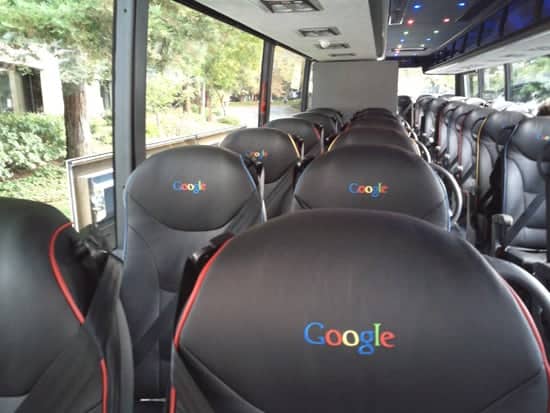 When you first think of Google, you wonder how does it make its money – it almost seems as though it is a company with no real product, yet it made $33.3 billion in 2012.  It is not as if you can walk into a store, see a “Google” on a shelf, pick it up, put it in your cart, walk through the checkout line and purchase it.  You cannot run into the store and say, give me 20 “Googles.”  So exactly what is a “Google,” or what do they sell that helped make them those billions of dollars – they sell us – or at least information about us. They do have a few actual physical products that they do sell, such as their Nexus smartphones and Nexus tablets that they sell every year, but they sell them at close to cost. Those devices run Google’s Android operating system, and they make money off every device that is sold with Android running it.  However, they do not charge for their operating system – any manufacturer can use it for FREE – so if they give Android away for free, how do they make their money?  Rather than charge a licensing fee for the use of the Android operating system, Google requires that the user include certain Google programs on their devices – such as the Google Search engine, Gmail, etc. – programs that help generate more income to Google more than any licensing fee ever would allow.

To show how important advertising is to Google – 70-percent of their revenue is for “Adwords,” which allows businesses to advertise by popular keywords and the other 30-percent is from “Adsense,” which allows businesses to advertise on particular sites.  Advertising is big bucks and Google’s Analytical tools help businesses decide where they will get the most return on their precious advertising dollars.  For instance, during CBS March Madness, it costs $70 per thousand views, hulu costs $35 per thousand views, and it costs $500,000 – $700,000 for an Aol homepage takeover. Adwords too, can really be expensive – the top five most expensive keywords per click are Insurance at $54.31, Mortgage at $47.12, Attorney at $47.07, Loans at $44.28, and Credit at $36.06.

With 83.18-percent of searches going through Google, and with those “beautiful minds” creating ways to tap into those searches to make money, Google is going to be around a long time – so get on the Google “bus” and enjoy the ride as we explore some other things that Google is involved with. If Google does not have a particular piece to their puzzle, then they will buy it – such as YouTube, which they paid an astounding $1.65 billion for in 2006, but it is now the third most popular online site and rakes in billions in advertising dollars every year. Google also purchase Motorola Mobility in 2011 for $12.5 billion – not so much as an immediate money-maker, but a way to “supercharge the Android ecosystem,” because the more Android spreads around the world, the more their advertising dollars grow. If Google sees that bringing another company into theirs will help them grow or make their current product even better, such as purchasing Waze to integrate into Google Maps, they will do so.

Google has the money to involve themselves in research that may seem far-fetched to others, such as working on a driverless car, Google Glass, Google Fiber, and research on how to connect ordinary devices to the internet, such as TVs, thermostats, refrigerators, etc. Many users take offense to Google’s “intrusion” into our personal lives, but Google needs that information to better tailor their products and advertising toward something that may truly interest us. Businesses, even our website, need to know the likes, dislikes, and tendencies of our users – it helps us design a better product that could be of more interest to you, because how a business spends its money is very important…Google knows this and profits from it. According to Asymco Google earns about $6.30 per person, per year on everybody that uses the internet – excluding people in China – and that works out to a lot of money. So our love-hate relationship with Google will continue to exist. We love to have their information and products at our fingertips, but hate that “big brother” is watching and tracking us all of the time to make the information that we love better and more pertinent to us. Let us know on our Google+ Page how you feel about Google – do you love them ,hate them, or simply tolerate them.