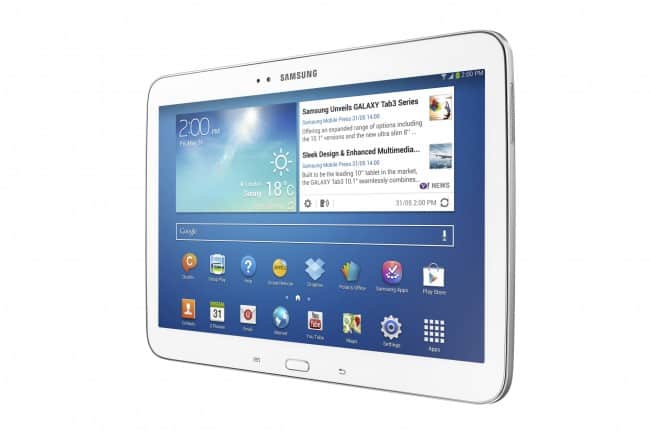 It seems that Intel hasn't completely given up on entering the mobile market with their Atom chips and while they might still be struggling to get a foot in the door, they're not done yet. The first Tablet PCs were big, clunky convertibles that ran on Intel's chips and yet in a strange twist of fate there are very tablets on the market that are running Intel's chips. Of course, this has changed somewhat with the dawn of Windows 8, but Microsoft's touchy, feely OS isn't anywhere near as popular as Android and iOS when it comes to tablets. Of course, Apple wouldn't want to use Intel's chips in their hardware when "Designed by Apple" sounds so good in marketing so, Android seems to be Intel's best bet to get their foot in the door when it comes to tablets.

They've already made some inroads with Samsung launching the Galaxy Tab 3 10.1 with a dual-core Atom CPU, and ASUS launching smartphones and tablet hybrids that all run on Intel's silicon at CES 2014. This year though, Chipzilla hopes to be at the heart of as many as 40 million tablets, which is a pretty lofty estimate considering they're a relative unknown in the tablet arena. How do they hope to achieve such a high number? Well, CNet has been finding out, but put simply; they're going to pay people to use their chips.

Speaking at a recent investor's meeting, Chief Financial Officer Stacy Smith had this to say about Intel's Bay Trail platform and their partners: "Our goal is to quadruple the tablet volume to get to north of 40 million units…We want to start building momentum in a very significant way in 2014. In order to do that, we're going to be aggressive in the market working with our customers. We're working with them from the standpoint of providing nonrecurring engineering, where we're helping them port over designs. And we're being aggressive with them in terms of providing contra revenue to them in order to help them through the bill of materials that our product line drives until we can get to a bill-of-materials-reduced platform, which kind of happens over the course of 2014"

It'll certainly be interesting to see if Intel can break back onto the scene when it comes to tablets this year, it's not as if their Atom chips deliver poor performance but rather a matter of marketing. "Contra revenue" seems like it could persuade some of the bigger names in tablets to use their chips in upcoming products, but the question is will those partners stay Intel or go running back to ARM?