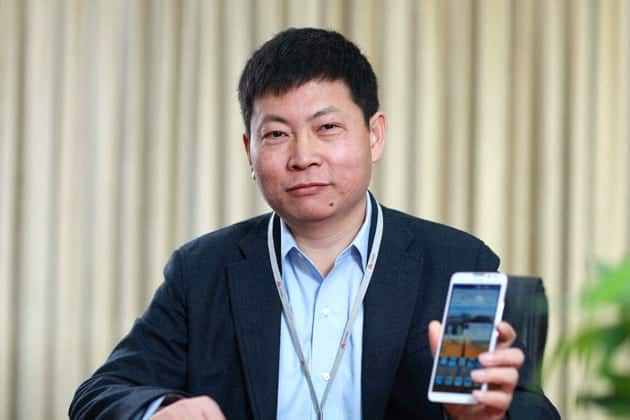 The CEO of Huawei has confirmed that three new processors he had talked about previously, will the be the chipsets found in upcoming new devices. The processors that have been confirmed will be Huawei's own Hisilicon 64-bit Octa-Core chip, as well as Qualcomm and MediaTek processors, as reported by gsminsider. Huawei being one of China's biggest smartphone manufacturers, is not the only one working on 64-bit processors, Samsung themselves are working on a 64-bit Octa-Core CPU as well, and Qualcomm is also reportedly going to have a 64-bit-Octa-Core CPU in the running.

Huawei plans to launch two new devices in the next coming weeks, with the Ascend Mate 2 which is powered by a 1.6GHz Qualcomm Snapdragon 400 Quad-Core processor, and the Ascend P6S which comes with a 1.5GHz Huawei Cortex A9 Quad-Core processor. The Ascend P6S is on it's way to distributors according to Yu, and the Ascend Mate 2 has a scheduled release time frame of sometime after the Chinese New Year. No actual dates were given, but the "coming weeks" isn't too far away and points to the end of January.

While neither of these two devices that are scheduled to launch by the end of the month will carry the new Chipset from Huawei, with them launching so soon that means that we might get to see the Hisilicon chip powered devices sooner than later. There has been no word as of yet on what devices will carry these new processors or when we can exactly expect to see them hit the market. It's nice to see that Huawei is following the trend of 64-bit Octa-Core CPUs though and won't be left behind. With Huawei developing their own 64-bit chips now, it's a wonder if they'll have a need to use other processors once the Hisilicon chips will be ready to use inside devices. Although we'll have to wait until the processors start to emerge and perform on benchmarks and other tests before any real assumptions can be made, it would make sense for Huawei going forward to manufacture new devices with chips that are also made in house. Let us know in the comments what you think about Huawei and the new 64-bit Octa-Core hisilicon chips that have been confirmed. Are you glad to see more than just the top few companies starting to produce their own chips as well? If anything, it should spur some competition.