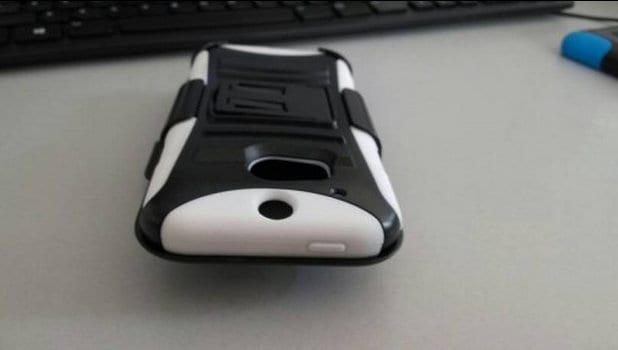 There have been rumors of an upcoming HTC One successor for some time now and while it's pretty clear such a device is coming, we've not heard too much about its "killer app" feature. Last year's HTC One had the UltraPixel camera and premium build to rely on as "killer apps" but, this time around, what will HTC have to offer? The rumor mill is full of whispers that the HTC M8 (as it's currently known) will feature some improved camera technology as well as a fingerprint reader. Cutouts on pre-production cases have only added to such rumors and now, some more of these cases have surfaced. Coming from Chinese retailer alibaba, and an unusual source – Sonny Dickson – these new cases seem to have the same sort of cutouts as the first clear silicon case that surfaced some time ago. 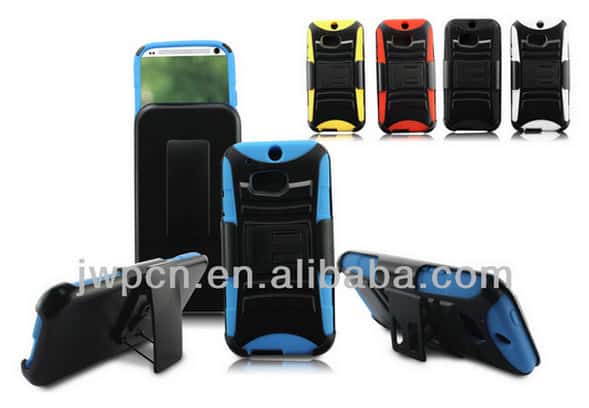 Sonny Dickson have gotten there hands on some of these leaked cases and it definitely looks like HTC's next flagship will have something different about it. There's a hole placed towards the very top of the phone, which could be for a second camera to improve focusing or low-light performance. It's a little too far up to be a fingerprint sensor, especially considering the HTC One is said to grow to 5-inches this year. Still, there's a second cutout where you'd expect the camera to be that has a pretty strange shape about it. It's this cutout that could be where the fingerprint reader comes in. Perhaps there's going to be just the one camera and a larger fingerprint reader?

At this point, we're not quite sure what HTC's latest is going to come to market with but, we're sure that HTC will want to bring their A-Game, as things didn't go all that well for them in 2013. 2014 is going to be billed as a "turnaround" year for HTC and a revamped HTC One will n doubt be at the heart of such efforts. Can HTC bring themselves back around, or is it all too little, too late? Let us know in the comments below and over on Google+!