We’ve heard rumors once before that HP are looking to burst onto the smartphone scene wit their “Slate” branding. In fact, a Bluetooth SIG for an HP “Slate 6 Voice Tab” was recently filed so, it seems HP has some concrete plans in place. Of course, when talking about HP and the mobile market, anything could happen after that whole WebOS business. Still, it looks like HP has realized that Android is the way to go when it comes to the mobile scene and the next logical step is smartphones. With “phablet” devices proving so popular, it’s no wonder we’re hearing rumors of a 6-inch Slate device but, as with many thing pricing and availability will make or break such a product. 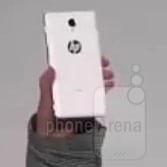 PhoneArena have gotten their hands on an image of what their tipster says “precisely” looks like the Slate 6 device that will be hitting shelves later this year. Other such tidbits were backed up by their tipster as well, such as the quad-core CPU and 6-inch display that is said to come with a 720p resolution. Apparently, the image is from a presentation at HP Labs, which is perhaps why the quality of the picture is so poor. As you can see, it does look similar to the Slate 7 that started all of this Slate business off for HP.

According to the tipster, the Slate 6 could cost as little as $200 and feature dual-SIM support. Being able to use two SIM cards matters very little to us in the West but, in emerging markets and East Asia in particular, dual-SIM support is very common. Which leads us to believe that the Slate 6 might be a device destined for emerging markets, much like the Xperia T2 Ultra that Sony announced earlier. Still though, if they launched the device in the US, we feel it’d be able to compete with the Moto G, thanks to the different form factor and HP’s brand name in the US. Nevertheless, only time will tell just exactly what HP is planning for the mobile sector and Android in general.