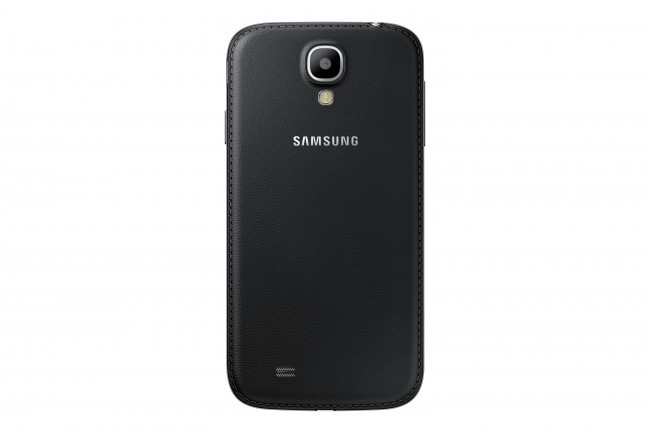 When Samsung announced the Galaxy Note 3 last Fall, we saw a change in Samsung's design language they've been using for the last two years. It seemed like a small change, but the faux leather backing on the Galaxy Note 3 made a big difference and definitely upped the "premium" look of the device. Now, it seems that same sort of backing is coming to the Galaxy S4. Well, at least it is in Mother Russia, anyway. Black versions of the Galaxy S4 and Galaxy S4 Mini with the faux leather backing have been spotted on Samsung's official Russian site. As you guessed it, these are the same Galaxy S4 variants we saw launch last year. That means a Snapdragon 600 for the big brother, and a dual-core CPU for the smaller, Galaxy S4 Mini.

While there's no word on whether or not these new colors of the Galaxy S4 will be available outside of Russia, they should be going on sale sometime in February. We wouldn't be surprised if Samsung did roll these out around the world, as the faux leather would bring the Galaxy S4 in line with the Galaxy Note 3's design. Considering that Samsung is still selling 2012's Galaxy S3, it'd make sense to give the S4 a slightly tweaked wardrobe to continue sales. Hopefully, we'll hear more from other regions regarding the launch of the leather Galaxy S4.

Colors have been something Samsung has been good at for years now, with the Galaxy S3 coming in pretty much any color you could think of. This year's Galaxy S4 also comes in a wide-range of hues too, allowing users to pick and choose their favorite. Which is a strategy that seems to be working well for them. After all, not everyone wants the same device as everyone else, even if you can buy a super-cool case for it. Needless to say, the black versions of the Galaxy S4 and the Galaxy S4 Mini will cost roughly the same as their boring, old non-leather counterparts.