If you like RTS type games, than you you should give Galaxy Factions a try. It's an RTS style game that borders on the play style of Clash of Clans. you can gather resources, build up your space base, train your infantry and stack your defenses. Fend off enemies with 12 different types of units. Enjoy the single player campaign or battle other players online for galaxy dominance. Galaxy Factions is free, and you can grab it from the Play Store link here.

You can have more RTS type fun with Amoebattle, except it comes with a more retro style feel to the visuals. Build up your defense of tiny amoebas, and fight off the impending infection. You can mutate into other types of amoebas and play according to your style. There are 9 types of creatures to discover and and tons of microscopic battles that ensue through an intense 12 mission campaign. If you like strategy games, you can't go wrong with Amoebattle. You can grab Amoebattle for $0.99 from the Play Store link here.

Enter the Omnicorp training missions as Officer Alex Murphy, the first robotic police officer. Intense visuals and a varied weapon and upgrade system make for plenty of gorgeous graphics and action packed battles between you and some of Detroit's worst offenders. Power through tough fights by launching drone strikes, and strive to unlock all of Robocops different suits and weapons. Robocop is free, and you can grab it from the Play Store link here.

LYNE is a completely unique and complex puzzle game that offers up not only plenty of mind bending puzzles that will prove to twist your brain into knots, but it has soothing background audio for a calming effect, which really give this puzzle game a nice little twist. When you start to stress out over a puzzle you can't beat, the overall relaxed mood of the music can bring you back down to earth and help you concentrate. There are literally hundreds of pre-built puzzles, and an infinite amount of procedurally generated puzzles that are released out to the public on a daily basis, so you can never run out of puzzles to solve. You can unlock different color palettes as you progress, and the game has no IAP or ads which is a huge plus. LYNE will cost you $2.50, and you can grab it from the Play Store link here.

6. Winds of Destiny: Duels of The Magi

This is a mashup game of a few different genres, mixing together strategy, TCG, RPG, and fighting game elements for a completely unique head to head style card duel game. There are 9 different character to collect and play, each with their own abilities. You can play the game in story mode or seek opponents through the matchmaking system for online battles. You have access to player stats, and if you only have a little bit of time to play you can spend a few minutes engaging in the single player boss battles. Winds of Destiny: Duels of The Magi is $0.99 and you can grab it from the Play Store link here. 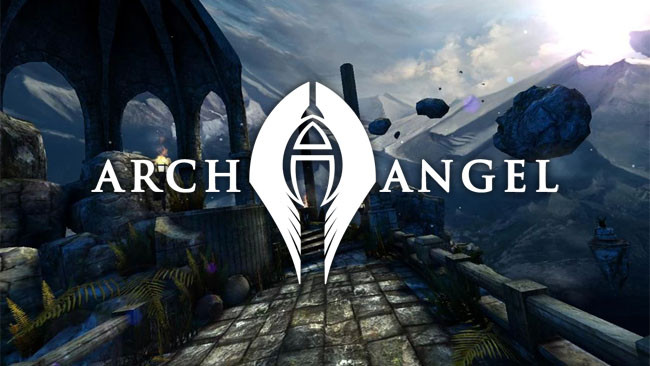 Archangel is an intense and action packed dungeon crawler from Unity games, with beautiful graphics and plenty of loot to collect. Unlike most dungeon crawlers, in Archangel you won't actually be hacking and slashing anything, as you play the angel of retribution sent down to unleash the wrath of god, and you'll be using spells and devastating holy attacks to dispose of your evil foes. Archangel has 30 levels to complete and even offers up cloud saves so you can play the game on multiple devices. Archangel is $1.99 right now on sale, and you can grab it from the Play Store link here.

Eternity Warriors 3 is the continuation of the popular dungeon crawler series from Glu. This particular dungeon crawler is more of a hack and slash style with 3 different characters to play, and has more of a storyline than Archangel. You'll have quests to complete and lots of loot to grab, while upgrading your character and outfitting them with the most powerful gear you can. Eternity warriors three plays out a little more like Diablo, and is connected to online so you can see and play with other players. Play as a Monk or a Warrior from the start, or a Mage once you unlock it. Eternity Warriors 3 is free with optional IAP, and you can grab it from the Play Store link here.

This is a casual platformer where you play as Little Red Riding Hood, and you have to make your way through the woods that are filled with unspeakable dangers. Follow the intriguing story through over 60 levels. Save your bunny friends along the way and make sure to dodge the shadow enemies. There are tons of items to collect throughout the game and you'll love the wonderful art style. TA: Little Red Riding Hood is $0.99 and you can grab it from the Play Store link here.

The long awaited favorite in the Final Fantasy saga. Magic is gone from the world, and the Empire threatens to gain complete control as they take over everything in their path one town at a time. The world is filled with steam engines, gun powder and special armored machines made of iron. You play as Terra, a girl who is the last remaining person who can cast magic spells and the Empire seeks to gain control of your power for their own benefit. Through a series of chance meetings, you escape the clutches of the empire and begin your quest to save the world from it's destruction. Hours of gameplay with completely redone "original" graphics, Final Fantasy VI gives you some of the best that the series has to offer. Final Fantasy VI is $15.99 and you can from the Play Store link here.

The popular follow up to Square Enix's action-rpg Deus Ex: Human Revolution. Deus Ex: The Fall gives a completely new and unique storyline set in the Deus Ex universe. Play as former SAS agent Ben Saxon, fighting to uncover a global conspiracy that threatens his life. Make choices that impact the outcome of the game. Level up and gain praxis points to upgrade and enhance your augments. Hack computers for useful information, hack terminals and other things like security cameras ar enemy controlled turrets. Use stealth to move along the least evasive path towards completion, or go into every situation guns blazing. Deus Ex: The Fall is highly action-packed and has hours of gameplay, with gorgeous graphics and an amazing story line. Deus Ex: The Fall is $6.99 and you can grab it from the Play Store link here.

Trusted By Millions
Independent, Expert Android News You Can Trust, Since 2010
Publishing More Android Than Anyone Else
4
Today
4
This Week
527
This Month
527
This Year
102007
All Time
Advertisement