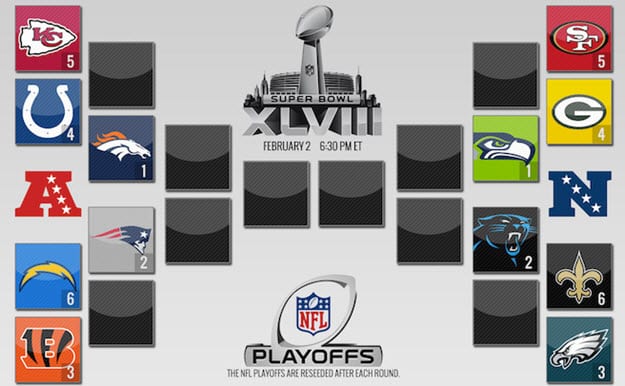 It’s that time of year again for the – NFL PLAYOFFS – and even if your team did not make the playoffs, such as my beloved Steelers, it still is an exciting time to root for the teams that you like and curse the teams that you hate…and there is always a chance to win some money in that “office pool,” although Android Headlines certainly does not condone illegal betting – it’s simply fun just to see who can pick the most winners – yeah, let’s leave it at that. To help you track or watch the Playoff Games, we have assembled a few apps that might just make that job more fun or easier to handle. We also included a couple of gaming apps to help occupy you during all of those many commercials inserted into the games. Please let us know on our Google+ Page what your favorite app is for tracking the NFL games…we would love to hear from you.

In other NFL News – CBS made a very bold move yesterday and announced that it will be the first network to live stream its entire coverage of the AFC playoff games that it will cover.  You must use a desktop, laptop, or tablet – no smartphones allowed, apparently.  CBS will stream one wildcard, two divisional playoff games and the AFC conference championship game – so take a look at the January 5 wildcard game between the San Diego Chargers and the Cincinnati Bengals at 1 p.m. EST.  Go to CBSSports.com to watch the game and read up on the news.

This app is more basic – for someone that wants NFL scores and news, team standings, schedules, player stats, rosters, and NFL Videos.  The schedules are grouped into three areas: Preseason, Regular Season, and Postseason.  News sources are updated every hour via ESPN and Yahoo.  GRAB IT HERE on Google Play.

This free-to-play football simulation is now even richer with better graphics and is “better, faster, and stronger.”  It is officially NFL licensed so you can pick your favorite team from among the 32 franchises.  It is as if you are on the field with an even more realistic football experience since they revamped the graphics.  Hire players, upgrade your stadium to increase your income, and even have practices to optimize your team’s performance.  GRAB IT HERE on Google Play.

Kick off the New Year with NFL 2014 Live Wallpapers with NFL team colors, an interactive Team Football and 3D Helmets, stadium, and animated team flag. You get ONE complementary NFL themed LWP – subscribe (pay) to either upgrade to your favorite team or upgrade to full access for all teams, ringtones, live billboards, and weekly statistics.  Paint your phone’s display with your team colors and show them what a fan you are!  GRAB IT HERE on Google Play.

This is a great app for staying updated for everything going on in the world of football.  It gathers the best NFL new sites and feeds them to your app – contains videos, rss feeds, schedules, stats, standings, and more.  It also keeps you up-to-date for the draft, the playoffs, trades, injuries, and upcoming games.  GRAB IT HERE on Google Play. 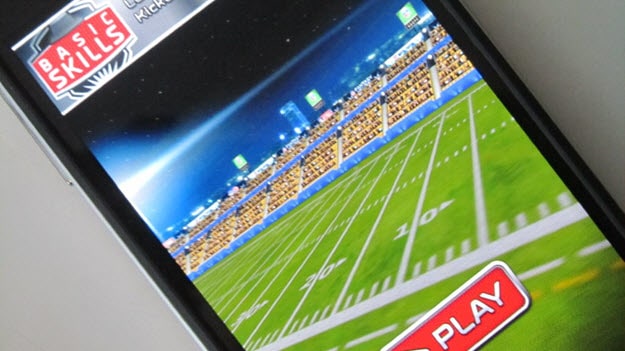 The #1 Kicker Game for mobile devices – choose your favorite team (all 32 are represented) and get ready to kick the football and score those points – from the maker of the Flick games, including the award-winning NFL Flick Quarterback.  The graphics and game play are awesome, with incredible detail, and even customize your jersey with your name and number.  You can compete with your Facebook friends and receive a live NFL news feed ticker.  You may forget to go back and watch the game once you get hooked on this app.  GRAB IT HERE on Google Play.

EA has been making Madden Football the past 25 years and it still delivers the most authentic NFL experience for Android smartphones and tablets. Build your own ultimate team and then run your offense and defense, but please make sure your device has at least 1.2 GB of free space on your device for this game to run its best.  This latest update has new and improved touch controls – run, pass, and make big hits on defense with new Tap & Swipe controls.  GRAB IT HERE on Google Play.

We had to throw in a fantasy football app, and what better one to use than Yahoo’s own.  There probably isn’t a person out there, even if you do not follow sports, that doesn’t know someone who plays fantasy football – it is that popular.  The redesigned Yahoo app gives you real-time scores, matchups, player news, stats, and all of the details you need to make-up you fantasy line-up each week.  You can start with your mock draft, manage your roster, and hit the message boards to exchange ideas or comments.  GRAB IT HERE on Google Play. 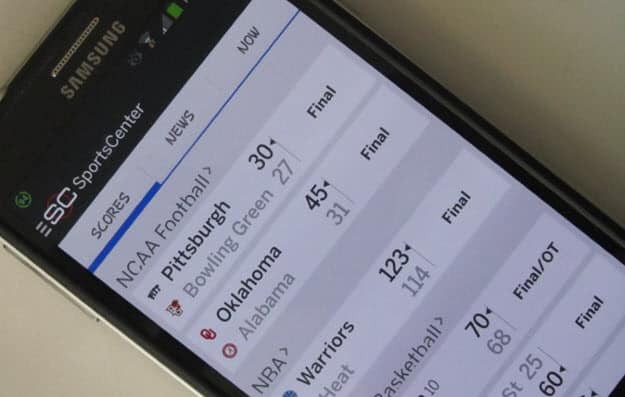 When it comes to sports of any kind, including the NFL, ESPN is the place to gather up your news, top stories, and scores.  The breaking news and in-depth analysis all comes from ESPN’s “authoritative” newsroom.  You can setup dozens of notification options, so you will never miss the start of a game, scores during the game, or just the final score – you pick how many times you want an update.  I especially like the live “gamecasts,” where one can actually follow what is happening as the gameplay occurs. GRAB IT HERE on Google Play.

This app is one of the most popular ones used, not only for the NFL, but all sports – NFL, NBA, MLB, NHL, NCAA Football and basketball, NASCAR, and more.  It brings you live sports scores, stats and news, with breaking alerts, the top stories, and all in real-time.  You can even put a widget on the home screen to keep you updated with your favorite sports or team at a glance. GRAB IT HERE at Google Play.

This the official NFL app, that Verizon downloads to all of their smartphones and there is no way to uninstall it – yeah, that’s the one.  However, aside from that, it is an excellent app, with just about everything you would want to keep you abreast of what is happening in the NFL.  You can get scores, team alerts, fantasy football, video highlights – and Verizon customers can upgrade (for $5 a month) to “Premium Features,” that allow access to live streams of NFL RedZone on Sunday afternoon, live games on Thursday, Sunday, and Monday nights, live game audio, live NFL.com webcasts and NFL Network 24/7. GRAB IT HERE on Google Play.