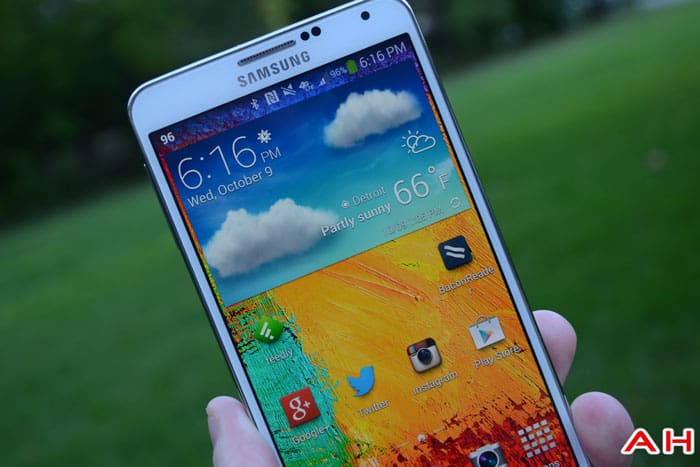 A lot of us have been wondering when Samsung would be pushing out the KitKat update to the Samsung Galaxy Note 3, as Motorola has already released it for both the Moto G and the Moto X. And HTC has already started rolling it out to their HTC One variants that are not carrier variants. Just last week, Samsung started pushing out the Android 4.4.2 update to the unlocked and international Galaxy Note 3, the Snapdragon 800 variant. Which is known as model number GT-N905. Today, at least according to Sammobile, Samsung is pushing out the update to their Exynos 5 Octa-powered Galaxy Note 3, the GT-N900. We should be seeing the carrier variants getting their update within the next month or so, when the respective carriers actually approve and certify the update.

As usual the software update is rolling out in phases. Which is expected, and it also allows Samsung to see if there are any issues before rolling out the update to all of their Galaxy Note 3 GT-N900 devices. Which if there are issues, like the update is bricking devices, that's going to be a huge problem for Samsung to have to fix if they send it out to all the Galaxy Note 3's at once. Instead of being able to go back and fix the problems.

The update to KitKat is a bit different, as it brings some UI changes. Samsung has actually gone from the Gingerbread-Green icons to the KitKat-white icons in this update, which is nice to see. According to Sammobile, the device has also see a performance boost compared to when it was running Android 4.3. Samsung has also added a camera shortcut directly onto the lock-screen, like you'd see on a stock Android device like the Nexus 5, or Moto X. Of course all of the core Android 4.4.2 features are there too. Like the new emojis support, Hangouts for SMS/MMS, option to change your launcher in settings and much more.

So far we haven't heard of any issues with the update rolling out to the Snapdragon 800-powered Galaxy Note 3. So hopefully those of you in the US with a Sprint, Verizon, AT&T, T-Mobile, or US Cellular Galaxy Note 3 will be getting the KitKat update rather soon.