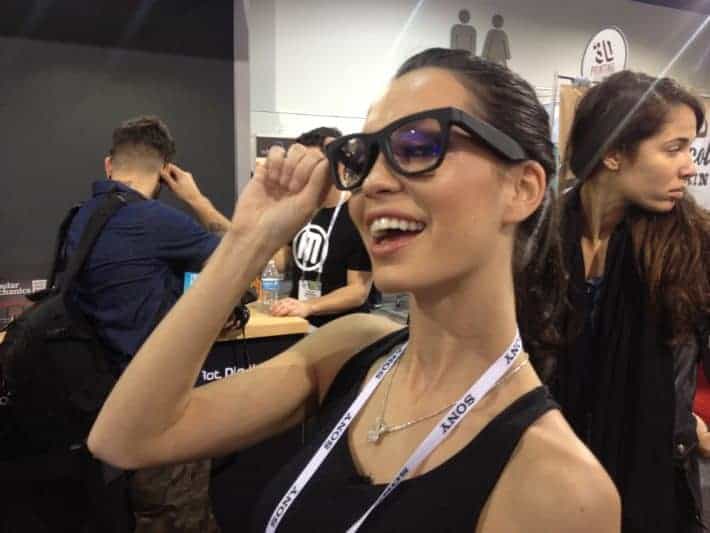 Struck with a desire to "redefine reality and enhance humanity through interactive immersive technologies," the creative team at Vergence Labs designed Epiphany Eyewear – a sexy, yet sophisticated pair of smart glasses capable of producing and storing up to 8 hours of high-definition video from a first-person perspective. Rather than design a pair of glasses focused solely on performance, Vergence took a page from the hipster's diary and designed its glasses to fit today's (and yesterday's) timeless trend. Coined as "the world's most stylish smart glasses," Epiphany takes on Ray-Band's Wayfarer look, made popular in the 1980's by "The Blue's Brothers." Now more than 30 years later, the Wayfarer look has once again made a comeback in both women's and men's fashion. 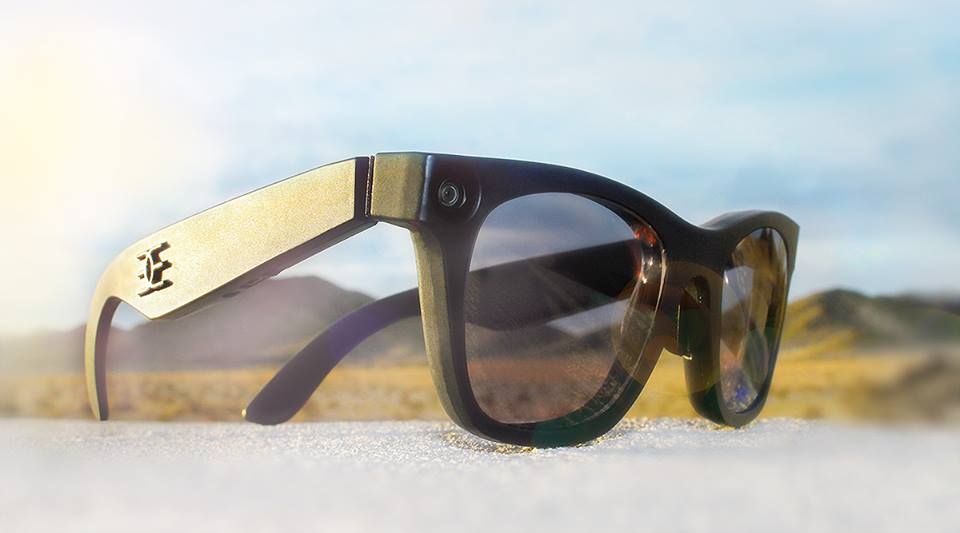 In today's male-dominated tech world, aesthetics are often left as an afterthought; and devices like Google Glass give the wearer a geeky look, rather than a stylish look.  This leaves trendy women (and the few-and-far between trendy man) who are passionate about technology left in the dark. Instead of standing tall and proud with their new expensive gadget, they are left simply tolerating the bulky wearable just to satisfy the big "G" (geek) in them. With Epiphany Eyewear, Vergence promises that not only will your recorded escapades look great, but you will look great recording them. "Our team is constantly receiving feedback from women, and in my case, sometimes the feedback can be tough! So we've continuously iterated the style to accommodate both sex's styles and tastes," said director of marketing and sales Cory M. Grenier. Providing a glimpse into the teams design secrets, Grenier admitted that the team have their own inspiration: His girlfriend of six years is a fashion model who has appeared on the front covers of magazines such as Marie Claire, and been a Hugo Boss, Hermes and Bulgari; chief executive officer Erick Miller's wife is a sr. fashion designer; and lead designer David Meisenholder was inspired by Lady Gaga when he personally designed a pair of video camera glasses her. "We uniquely understand that the problem with wearable technology is that firms focus on the electronics not the aesthetics. Apple figured this out with the PC and smartphone. Epiphany Eyewear has figured it out with smart glasses," said Grenier.

While the frames currently only mimic the Weyfarer trend, the company has plans to produce other stylish frames in the future. The age-old saying, "beauty hurts" hardly comes into play with these glasses; with soft-grip, spring flex hinges, Epiphany Eyewear is said to be comfortable and secure enough to wear while taking a leisurely walk around town or a vigorous hiking trip down the Grand Canyon.  Based on looks alone and without testing them out for myself, these glasses definitely hold a high place on my Woman's Radar. Now to satisfy the geek in us all, on to the Tech Specs:

As a photographer, I've found true limitations in my DSLR when I want to instantly share a snapshot with my friends and family. For that reason, I always rely on my less-than adequate Nexus 4 camera for those moments needing instant gratification. Epiphany provides a solution to that with YouGen.TV – an online social content sharing platform that syncs with networks like Facebook, Twitter and Reddit, allowing users to instantly upload all of their precious moments to the cloud. "Our smart glasses enhance human capabilities, and solve a real customer pain point – the ability to capture and share our most meaningful memories with friends and families.  Epiphany Eyewear represents the latest in converged technology, in the same way that modern smart phones include countless previously stand-alone devices such as camera, computer, calculator and more," said Grenier.

Although currently limited in "smart features," Epiphany represents the future of computing. The design team has developed, but not yet released a Gesture Control API that will allow users to control other fun toys, such as the Parrot Drone, with a simple hand movement. Applications other than video recording are also on the to do list for developers. The API is in closed-alpha, however the company is accepting applications from developers who want to delve into the system. Interested developers can email [email protected] for consideration. The wearable was also crafted so third-party accessories could be attached.

The first wave of shipments began earlier this month, however due to overwhelming demand only pre-orders are being accepted. Orders will once again be accepted in mid-February. Epiphany Eyewear is considered premium designer glasses and can be purchased at the affordable starting price of $299.