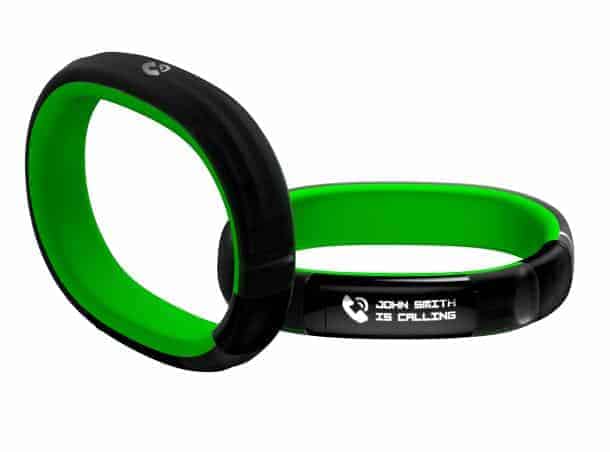 Is it a smartwatch or a fitness tracker? Well, Razer's Nabu is actually a blend of both and they've been showing it off at CES 2014. With pretty much everybody who's anybody announcing a piece of wearable technology, Razer – best known for their brilliant gaming accessories – is joining an already crowded club. Needles to say, Razer feel that they've got something different enough on their hands to make a difference. One area in which they might be able to do that is through price (more on that later).

Essentially, the Nabu is the best of both worlds when it comes to fitness trackers and smartwatches. It's "smart" from the standpoint that it will indeed let you know when John Smith is trying to get hold of you, along with other typical notifications such as Twitter and Email but, it's a fitness tracker as well in the sense that it can track your motion, tell you how many calories you've burnt and so on. Unlike many other such devices, the Nabu features two displays, one small "public" display, that displays small and subtle icons and then another, larger display at the rear that can relay info about notifications back to you. Much like notifications in the pulldown on Android would do.

The reason there are two screens in the Nabu is that it features an accelerometer and gesture support. The idea is that you can see you have a missed call (possibly from John Smith, who knows) on the "public" display and then simply flick your wrist around, to see if it was in fact John who was trying to get hold of you. Basically, the rear display is for seeing just what a notification contains (in brief) and the public display lets you know what sort of thing is going on without being intrusive or too distracting. It's a pretty neat idea really, if you're outside of work and don't need to care about emails any longer, you can ignore those icons but phone calls and texts are probably important, so you can just flick your wrist to see what's what. Above, we spoke about pricing of the Nabu, which Razer will be charging just $49 for a developer version later this year and they've said that the consumer version will be "a little more" than that. Engadget were given a product briefing of the Nabu by Razer CEO Min-Liang Tan which you can take a look at below.