Epic Games is known for some amazing stuff, most notably their game engine which is utilized today in many different games on multiple platforms. Unreal Engine 3, the companies current game engine, is succeeded by Unreal Engine 4 which NVIDIA has just announced today will be introduced to mobile gamers on a massive scale, via the NVIDIA Tegra K1 192 core super cpu mobile processor. If you happened to miss the NVIDIA live stream showing off some of Epic’s demos, the graphical capabilities and visual performance is simply stunning. The graphics are something you just have to see to believe, and thankfully we were able to get some images to show off some of what Unreal Engine 4 will be able to do for mobile gaming.

Between NVIDIAs computing genius and the power of the Tegra K1 chip, and the talented folks at Epic Games, mobile gaming just skipped like 10 levels and went straight to the bonus stage. There was no mention of when we can expect to start seeing some of the games that will run this new game engine from Epic, but considering that the Tegra K1 chip was just announced and Unreal Engine 4 is going to be brought to the world of mobile gaming via the 192 core Super CPU, it probably won’t be anytime soon. Despite that we know little more than the fact that the combination of these two new technologies will bring mobile gaming to an awesome new arena, it’s hard not to be excited about what’s to come. 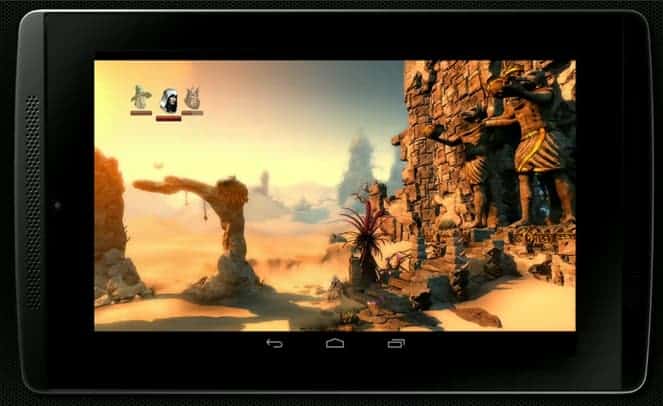 Utilizing the power of Tegra K1, games that run on Unreal Engine 4 will be capable of providing gamers with an experience unlike any other on mobile thus far, with powerful new visuals and insanely realistic lighting effects and textures. It really is amazing to see where mobile gaming is headed. Tegra K1 allows companies like Epic to deliver powerful graphical processing that is on par with next-gen consoles like the Playstation 4 and the Xbox One. Until now, mobile gaming was at best standing in the shadow of PC and console games, but after watching the demo of Unreal Engine 4 on the Tegra K1 chip, mobile gaming just might begin to cast the shadow instead.