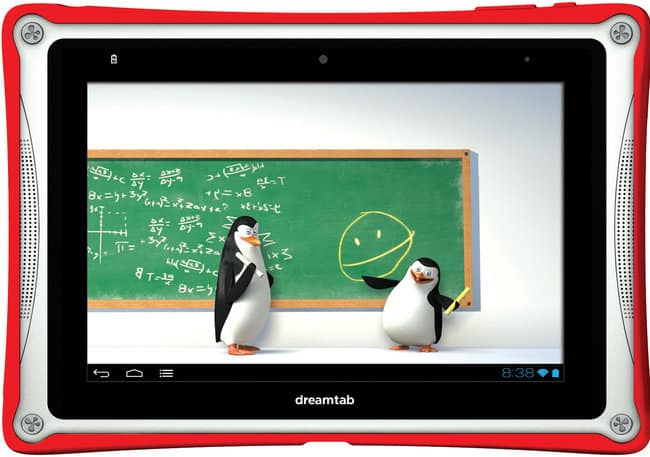 As we if we needed any further indication that Android tablets were going to be a “thing” at this year’s CES here comes DreamWorks with their own tablet. That’s right, along with Polaroid, DreamWorks will be launching their own tablet later this year come Spring time. Of course, DreamWorks isn’t going it alone and has partnered with Fuhu, the company behind the Nabi kids’ tablet, which recently got upgraded with full Google support. Soon, you’ll be able to buy your kids a DreamWorks Android tablet, filled with all of the content they know and love from the silver screen.

As The New York Times is reporting, there’s no word on just precisely what’s on the inside but, knowing the Nabi line of tablets DreamWorks’ 8-inch dreamtab won’t be the best-stocked tablet on shelves this spring. However, that’s not what either Fuhu or DreamWorks is going for here and instead, will be focusing on content, which seems like a brilliant idea for a device aimed at children. Nancy Bernstein, an animation producer at DreamWorks, details that “character moments” will be the focus of the dreamtab, which will consist of all their favorite characters popping onscreen for little events. For instance, Shrek or the above Penguins from the Madagascar series could appear to tell your little ones to turn the tablet off or even wish them a Happy Birthday.

It’s certainly a novel approach and while die-hard tech fans like us will scoff at this ridiculous notion, it should work well with the younger audience. After all, our children are less interested in the specs and the software under the hood than they are about being entertained and, bringing them one degree closer to their favorite characters is a great way to entertain them. Pricing, much like it is for the Nabi line, could be an issue for the new dreamtab as the Nexus 7s and Kindle Fires of the world are seemingly affordable enough for parents to simply buy a regular tablet and pass along. With a shot in the arm from DreamWorks however, Fuhu might just have the marketing ploy they need to bring more users on board.