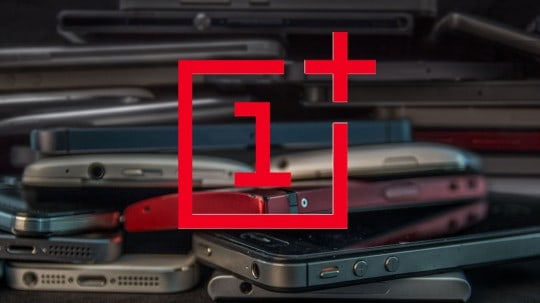 The Cyanogenmod team seems to be on a roll, as they have just announced that they're partnering up with manufacturer called OnePlus to put out a new smartphone called the OnePlus One, according to phonearena. Cyanogen already has their Cyanogenmod aftermarket firmware on the Oppo N1, and this would mark the second phone for the company to reach users that comes with Cyanogenmod already loaded on out of box. Most people are fairly aware of Cyanogenmod and what it is these days seeing as how they have been around since the very earliest days of the Android ecosystem, but for the select few that still don't know, Cyanogenmod is a custom ROM based off the AOSP builds of the Android OS.

There isn't much detail on the phone to be, but we can safely speculate that Cyanogen will handle the software side of things while OnePlus will handle all the hardware pieces. Cyanogen hasn't released any official information on the specs or features, nor has OnePlus, but members of both teams have started to tease a product in the works with an image. The teasing is being done by Steve Kondik of Cyanogenmod, and Pete Lau from OnePlus. Pete makes mention that the phone between the two companies will have a big focus on design, and even states that,

"Appearance wise, we're confident our phone is more attractive than just about any phone on the market, with the exception of maybe the iPhone."

The only other details that we have gotten on the OnePlus One is that it will support 4G LTE connectivity, which is good news at least for fast data speeds and people that use a lot of data on their smartphones. As for software, this curious comment from Steve Kondik begs the question, will we see CM 11 running on the OnePlus One? He states that Cyanogen and the Cyanogenmod team are "excited to debut" what they have been working on, and that the OnePlus One would be dropping as a "departure from the familiar CyanogenMod" which could mean that we'll see an entirely different and unique experience from the Cyanogenmod were used to seeing today. He also says that Cyanogen is looking forward to future collaberation, although he doesn't mention with who. We can only assume that since their working with OnePlus on this that they are referring to them. Kondik has this to say lastly,

"There will be new, specially customized features and new exciting elements to the CyanogenMod experience."

leaving us with one a final teaser on the whole project going on between OnePlus and Cyanogen. This is exciting especially for loyal followers of Cyanogenmod and we can't wait to see what Cyanogen and OnePlus have planned. Let us know what you think about the OnePlus One in the comments.