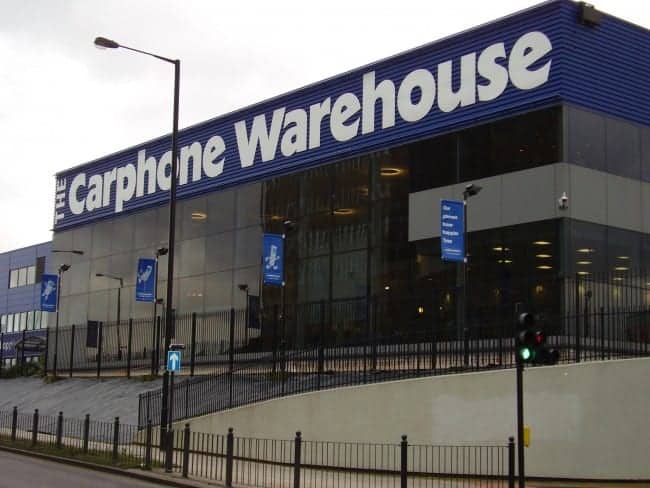 Our European readers, those based in the UK particularly, will recognize the Carphone Warehouse name as one of the largest retailers of smartphones, tablets and everything in between. They're a pretty big deal in the UK and it seems that Samsung is looking to leverage their proven capabilities in the retail sector to create their own-brand stores across Europe. Carphone Warehouse have only just announced the deal, so there's very little to go on at this point, but it could turn out to be yet another front for Samsung to take on Apple with.

The company has said that they'll be operating somewhere in the region of 60 stores across Europe for Samsung to sell their own wares, which includes not only smartphones and tablets, but their vast range of accessories, too. The partnership follows on from three successful standalone stores that have been running in Spain, and these new stores will be opening in the UK, Ireland, Germany, Spain, Portugal, Sweden and the Netherlands. We've seen Samsung stores open before in France – with other regions to follow – and now it looks like the rest of Western Europe is to follow. These stores will be a great opportunity for Samsung to push their brand across Europe and hopefully, it'll mean better after-care service throughout the region.

Samsung has been known for making strategic partnerships in the past 12 or so months and 2014 is going to be the year we see those partnerships bare fruit. Recently, we saw Samsung sign a deal with coffee giant Illy, bringing Galaxy Tabs to their stores and offering digital solutions to Illy – we know, we wanted that Android-powered Espresso machine, too. Strategic partnerships can be a big deal when it comes to branding and this latest deal with Carphone Warehouse will allow Samsung to sell product like never before. 60 stores is just the start however, and more should be on the horizon. Are you excited about being able to shop in a Samsung Utopia? Let us know in the comments below.