If you live anywhere in the Bay Area California or in Silicon Valley, you surely have seen a gigantic Google bus. In one of the higher trafficked areas in the US, carpooling is our savior, and big companies like Google and Apple use a fleet of commuter buses to help their employees arrive on time and help drive down traffic. Now there is a way for the City of San Francisco to tap into that very idea to make a few bucks. All they have to do, is offer those companies the ability to use already constructed bus stops for those commuter buses, and charge them.

That’s right, the city announced, that they have struck a deal with the biggest tech companies the right to use their bus stops, for a total amount of $1.5 million. Though this is just a trial run of the program, Google and other tech companies who use this option, will have access to around 200 city funded bus stops throughout the city, out of a total of 2,500 total bus stops in San Francisco alone.

San Francisco Mayor, Ed Lee said during the conference, “Shuttles are here to stay,” continuing on to say, “They’ve got to be coordinated and better aligned with our municipal system.”

Though this option still needs to go up for a vote with the San Francisco Municipal Transportation Agency or SFMTA, it is safe to assume the idea will pass with little fight. The idea already has support from tech companies around the Bay Area such as Google, Apple, Microsoft and a few others, all of whom helped draw up the plans in the early stages. The pricing plan started out small, at around $1 a stop per bus, per company. Making the total around $100,000 per company over the span of the term, and averaging about $1.5million straight to the city itself. The city also outlined where that money will go, stating uses in improving selected stops, as well as running the program itself. This whole idea stems from a darker side of the tech world and where it calls home in the Bay Area.

According to some, these buses are just a taunting, straight from the younger tech employees. All in a subtle attempt to push out the less tech driven companies out of the area. Which according to San Francisco Supervisor, Scott Wiener, “We need to stop politicizing peoples’ ability to get to work,” continuing to defend tech employees, “We need to stop stereotyping and scapegoating and demonizing people who work in the tech sector.” 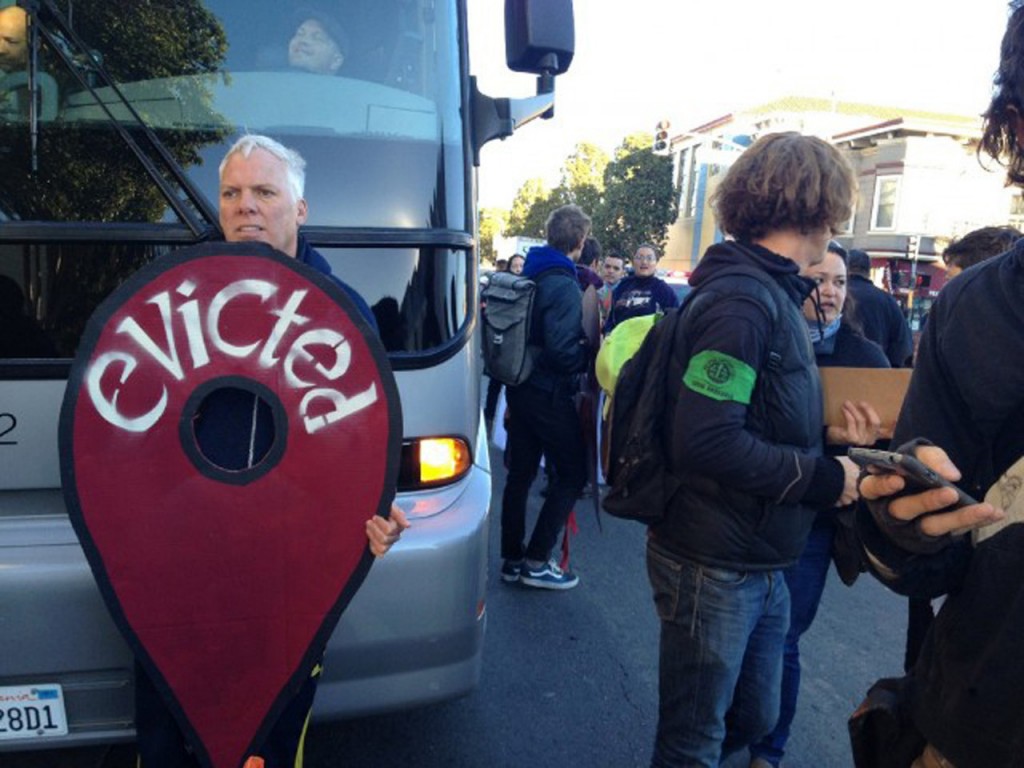 The biggest organization fighting the upgrade to San Francisco is Eviction Free San Francisco. EVSF says that they are “prepared to demand more of City Hall if Mayor Lee’s plan is not realistically aggressive enough…” The group says that conserving culture and concerning ourselves with the lower and middle class worker is more important. So in true San Francisco fashion, protests have started, stopping commuter buses from moving for spans of half an hour or more.

What do you think? Is the tech world invading San Francisco a sign of diminishing culture and stepping on the workingman’s hands? Or, are we just talking about buses getting to and from work, easing traffic, and helping further growth, which we should all embrace?