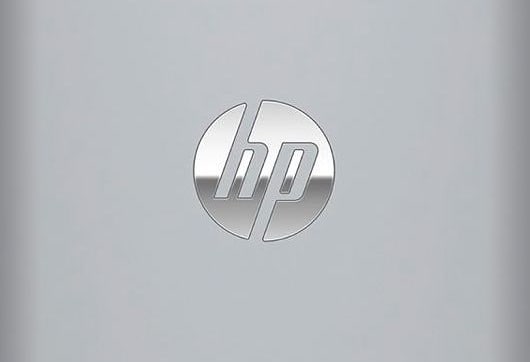 Last month we previously covered that HP was planning to release some new devices potentially for emerging markets, and that they would be in two different sizes. One that was a 6 inch device and one that was a 7 inch device. Other rumors were floating around like how much these potential devices could cost, which was speculated to be in the realm of $250 or less. There has been no official confirmations from HP about any of this of course, but that doesn't make any less possible. Furthermore, we now have reason to believe that one of these new potential devices from HP could be titled the HP Slate 6 Voice Tab, as depicted in a Bluetooth SIG. listing. 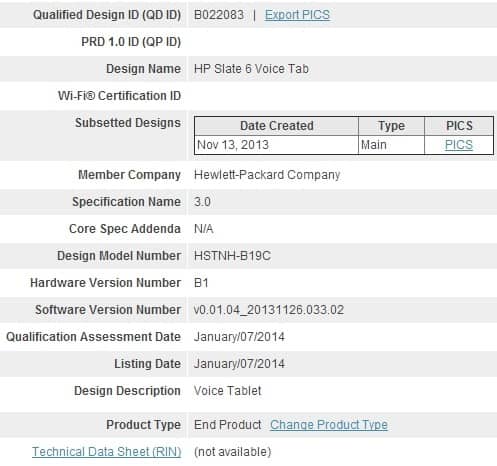 The listing showed up earlier today, and displays bits and pieces of information about this still very mysterious device, and as one would have guessed, Voice Tab pretty much means "voice tablet", or in other words Phablet. At least that seems like the most feasible explanation. We still don't truly know whether or not if this device will support any sort of voice capabilities at all, but then the voice part of the name wouldn't make much sense if it didn't. We have seen the HP Slate 6 Voice Tab pop up before in benchmarks at GFXBench.com, where it's actually listed as running Android 4.2.2 Jelly bean. This listing doesn't necessarily mean that this will be the version of Android that the HP device would run at launch, but given that its listed as being benchmarked with it, the possibility of it running something newer upon it's release is unknown, and points to Jelly Bean as the likely candidate for the OS version.

There is no mention of when HP plans to unveil this particular device, that is if they plan to announce it all, but the Bluetooth SIG. has a date of January 7th on it, so it's possible we could see some sort of announcement very soon. Perhaps before CES is over or maybe even at MWC next month? What do you think about HP re-entering the market with Smartphones and Tablets/Phablets running Android? Let us know what you think in the comments.