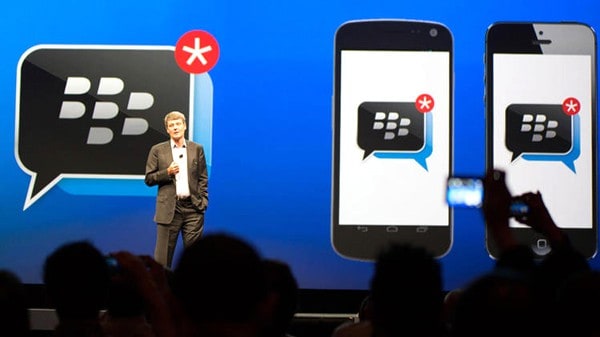 If you're a BBM for Android user things just got a little bit better for you this morning. The newest update that came out for the app brings along with it some cool new features, as well as some improved stability and some 100+ emoticons. Emoticons are great, and they can certainly convey a proper tone or feeling if one chooses to use them in a text, instead of spelling everything out. They also work ten times better than using your standard smileys. But I digress, back to the more important feature changes.

If you have been using BBM since its inception you already know that it's a closed beta program at this point, and you had to have an invite sent out after you requested access. The new features that have been added to the beta app are BBM voice, and BBM channels. BBM voice is like BBM's version of Hangouts video calls, so it allows you to have a video chat session with others that are using the BBM app. It works very similar to hangouts and isn't a bad idea if you wanted to stop IM'ing and get some face to face time with whomever you're chatting it up. If you're connected to WiFi, you'll also get to make that voice call via BBM voice for free. So there's a huge plus to the new feature.

BBM channels is like BBM's own personal social network. So think of it like Facebook, before it was actually the Facebook we know today. It was closed off to a specific group of people, and that's what BBM Channels is; The Social Network that's only for BBM users. If you use BBM fairly avidly, than this just might be worth checking out. There are already so many different social media options out there, what with Facebook, Google+, Twitter, Linkedin, and others, why would you want another one right? Well you might not, but if you feel compelled to be connected via social media to only other BBM users, BBM Channels gives you that opportunity. Other minor changes to the app were of course bug fixes, increased group sizes so you can now have more people in one group at a time, and it's now faster and easier to share photos than ever before. So there you have it. The changes to the BBM for Android app seem like some great tweaks. Is anyone using BBM for Android? Let us know what you think about the app in the comments.