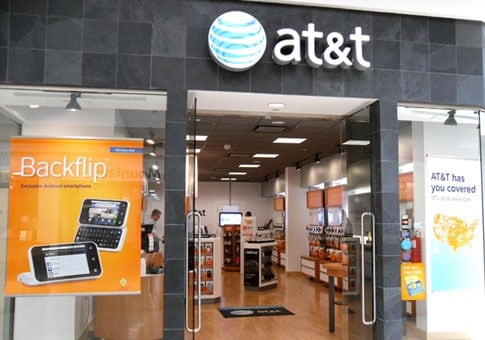 T-Mobile seriously rocked the mobile industry in the United States with its UnCarrier changes. One of the biggest changes that T-Mobile made was scrapping the requirement for contracts with a smartphone purchase. Now that anyone can come and go at T-Mobile as they please, other U.S. wireless carriers are sitting up and taking notice. They're scared and they're quickly making changes to stay competitive. AT&T announced a new upgrade program today that shows what kind of serious changes T-Mobile has made here. This new plan doesn't even sound like something AT&T would do, but here are the details.

AT&T is allowing anyone who signed a contract before January 18th of this year to upgrade to a new device within the next 6 months. When you do that, you'll also have to switch to the new AT&T Next upgrade plan and also switch to the new Mobile Share Value plans that AT&T recently announced. That's it. Change to a new Mobile Share Value plan and Next, upgrade your device, and get out of your contract.  If you signed a contract after January 18th 2014, though, you are out of luck. Sorry. AT&T is making it easy to find out if you are eligible to take advantage of their new smartphone upgrade plan. Simply dial *NEW# and press send. They'll tell you whether or not you can get in on the action.

AT&T's Mobile Share Value plans are no-contract monthly plans that offer a discount of $15 per month over the company's contract plan offerings. AT&T Next allows customers to pick up a phone for no money down and then make payments on that device over the next 20 months. When you combine the two options, you have a way to get out of your AT&T contract now.

AT&T may say that T-Mobile CEO John Legere isn't getting their skin with his constant heckling, but the larger company is seriously taking notice of what their smaller competitor is doing. Every wireless carrier in the U.S. has made changes to the plans they offer to their subscribers in an effort to combat the great changes the T-Mobile has introduced. This new offering from AT&T is the first one that actually makes a little sense and might be a good move for customers.

You can find all of the details on AT&T's website.