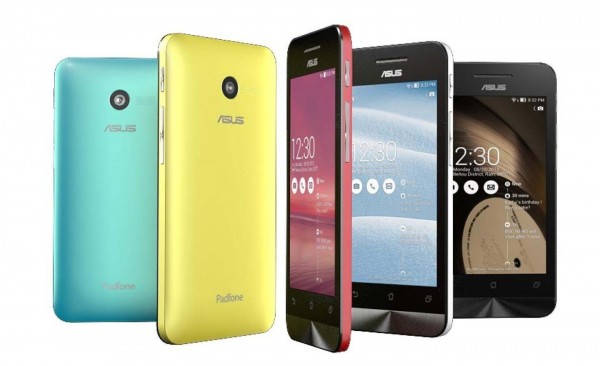 There has been lots to see that has come out of CES so far, but one of the more intriguing announcements comes to us from ASUS. The major Taiwanese giant unveiled a new line of smartphone devices coming this year, called the "Zenfone" line. As part of this new lineup of smartphones ASUS has announced the Zenfone 5 (as well as the Zenfone 4 and Zenfone 6), which sports a 5-inch IPS 720p display with resolution at 1280 by 720 pixels, and is powered by the same 2GHz Intel Atom processor as its bigger brother the Zenfone 6. On the RAM front the Zenfone 5 will have 1GB to work with, which isn't exactly earth shattering compared to current devices like the Nexus 5, the previous Nexus 4, as well as many others, but it'll do.

Once cool unique feature of the Zenfone 5 which is also present inside the Zenfone 6, is the ability to operate the phone while the user is wearing gloves. This makes it more useful for those who may live in colder climates and need to send a quick tweet while braving the elements. The camera on the Zenfone 5 will allow you to shoot pictures up to 8MP, and uses ASUS's Pixelmaster technology, and also uses Optical Image Stabilization to give you better photos. The Zenfone will come in multiple colors to choose from for those of you that like to accessorize, or just want to stand out from the crowd. If you're looking to pick up a Zenfone 5, you can do so in Charcoal Black, Cherry Red, Pearl White, and Champagne Gold. While four color options isn't a myriad of choices, its better than most phones get, which is usually one or two color choices.

The Zenfone 5 will come preloaded with Android 4.3 Jelly Bean upon launch, but will receive the update to Android 4.4 kit kat at some point in the future. ASUS failed to mention exactly when that was, but hopefully it won't be too far off. The Zenfone 5, along with all other ASUS mobile products including those in the Zenfone lineup, will be using what ASUS calls their Zen UI as tweeted by ASUS North America. If the Zenfone 5 seems like your device, you'll be able to pick one up for $149, although ASUS did not mention a release date either. What do you think about the Zenfone? Let us know in the comments.