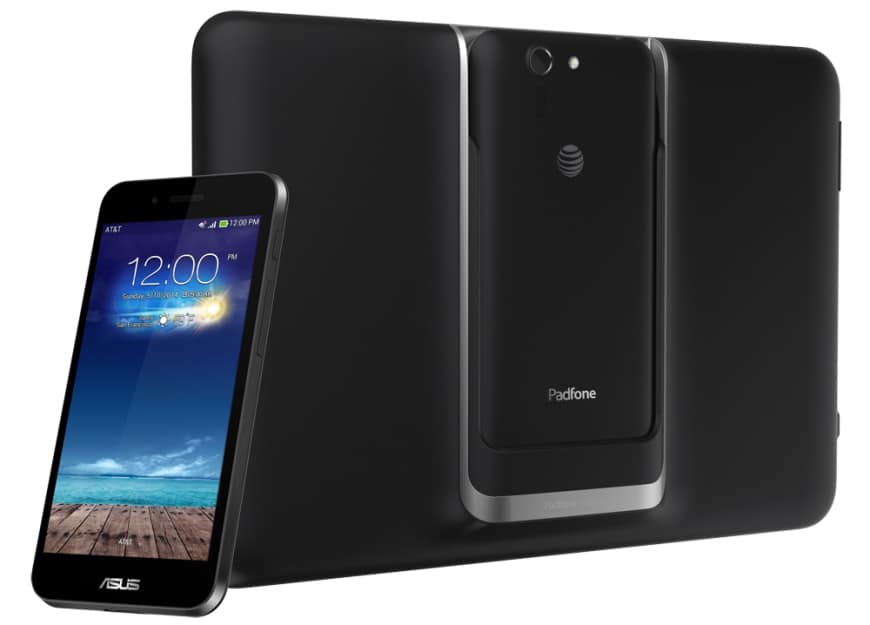 ASUS's Padfone has always been a device that has garnered plenty of enthusiastic attention, but none of its iterations have ever launched on a major US carrier. That will all be changing soon, as AT&T announced at CES today that it will be the exclusive carrier of the Padfone X in the US. This is big news for ASUS fans, and we can envision plenty of folks itching to get their hands on the smartphone/tablet combo once it launches on AT&T's network.

What's so appealing about the Padfone X? It's a 5-inch smartphone that docks with a 9-inch tablet. It's a very cool concept to be sure, and one that has sparked a lot of interest in the tech crowd around the world. That 5-inch screen on the smartphone displays in 1080p resolution and we're told that it will be running Android 4.4. KitKat out of the box. Just as well, the tablet is also a 1080p device, and it comes with a relatively beefy battery that can be used to charge the smartphone when docked.

One of the coolest features is the fact that apps which are running on the smartphone will be automatically re-sized to fit the tablet's display when the two devices are merged. The device will be compatible with AT&T's 4G LTE network, and the phone itself has been outfitted with stereo speakers. Aside from those details – which don't amount to all that much – ASUS and AT&T are keeping their mouths shut for the time being. The two companies promise that details on pricing, availability, and technical specifications will be coming soon, so let's hope they deliver on that promise.

After all, pricing and availability information is what everyone actually craves. Will it be available this year? Without concrete details, it's hard to say, but a CES announcement certainly isn't a bad start toward a 2014 release date. Just as well, we don't expect the Padfone X to qualify as "inexpensive," so those of you hoping to nab this device on the cheap might be out of luck. Again, we'll have to wait until ASUS and AT&T dish more information to make that call, but at this point, we're willing to bet that folks are just happy enough with the knowledge that the Padfone X will be launching on a major US carrier. Stay tuned.