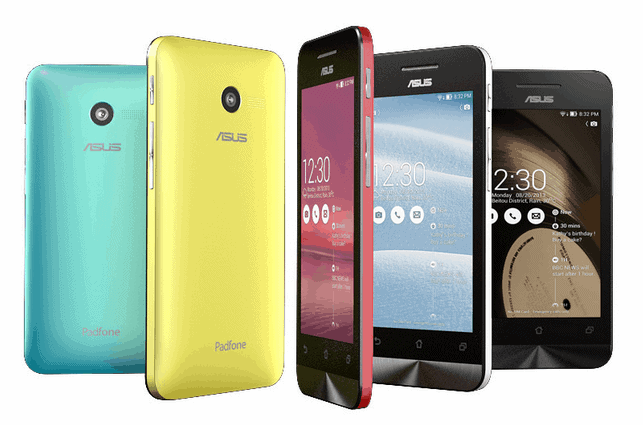 I don't think I've ever seen a smartphone from ASUS, at least not in person. On Monday, ASUS announced a couple new phones, the ZenFone 4, 5 and 6. All of which are pretty low-end devices. The ZenFone 4 is a 4-inch device that is available for $99 USD, and that's without a contract. These are all powered by the Intel Atom processors, and come in a range of exotic color options. ASUS has also put their brand new user interface on top of the ZenFone 4. It's the Zen UI. Which it actually looks pretty nice, from what we've seen so far.

As far as specs go, we already know it's running an Intel Atom processor clocked at 1.2GHz, 800×480 resolution LCD display, 5MP camera on the back, with a VGA front-facing shooter. There's no word on battery or internal storage as of yet. But I wouldn't expect anything mind blowing, as these are low-end devices. But for for $99, what can you expect?

It's definitely nice to see ASUS getting into the smartphone game, and the ZenFone 4 does look really nice, as do most of their tablets that are already available. There's no word on availability, but I'd suspect that they will be available sometime in Q1 or Q2 of this year. More than likely they won't be available at any carrier, except maybe a prepaid one like Boost Mobile or Virgin Mobile. So we'll probably see the ZenFone 4 show up unlocked rather soon. Which would be a pretty good phone for someone that just needs something that works. However, the ZenFone 4 does have Android 4.3 on board, unfortunately there's no Android 4.4 – KitKat available yet. But if they update their phones anything like their tablets, we should see KitKat rather soon.

How many of you are interested in picking up the ASUS ZenFone 4 for $99 later this year? Be sure to let us know your thoughts in the comments below.