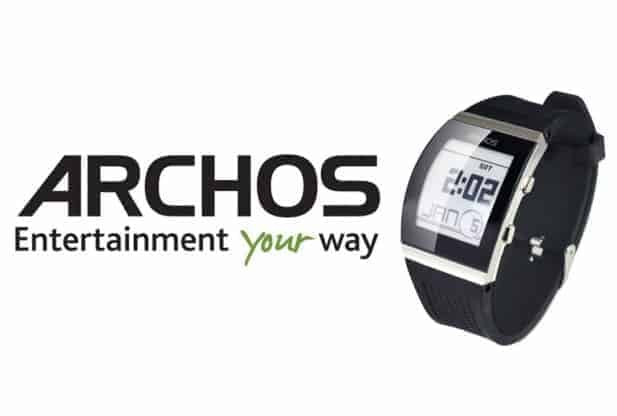 With a sea of smartwatches forming around us, is it any surprise to hear that budget manufacturer Archos plans to enter the ring? The company has a new line of budget-priced smartwatches in the pipeline, and today we're being told that the first offering in this series should be available around the time summer is in full swing. That isn't too far off, and it might mean that Archos launches in time to take advantage of the hype surrounding smartwatches before it (possibly) dies off.

Archos is hoping it will catch the attention of smartwatch fanatics through low price points rather than extensive features lists. Its most basic smartwatch will only set you back $50, but that Grant will only get you a watch capable of syncing with your phone to give you notifications and acting as something of a media controller. Along with a 1.55-inch e-ink display, that doesn't amount to much to write home about. Then again, do you really need a watch that performs a slew of tasks possibly better suited for a smartphone or tablet? With this rather basic set of features, it's clear Archos doesn't think so.

As we move up the tiers, it seems only the aesthetics of the watch will be improving. For $100, you can snag an Archos watch with a 1.8-inch color screen, while $130 will get you the same screen set in an aluminum case. There isn't any word on whether the extra cash will also translate to extra features, but it probably isn't the best idea to count on it. That being said, it's worth pointing out that these more expensive watches won't be launching at the same time as the $50 entry, so perhaps Archos is still refining an enhanced set of features? Anything is possible, especially when we're talking about technology.

So, we've got a price, we've got an (admittedly short) list of features, and now we've got a release window. It should be enough information for anyone interested in smartwatches to make a decision concerning Archos' attempt at functional-yet-inexpensive wearables, so let's hear it! Are you considering Archos' unnamed $50 smartwatch? Does the lack of extensive functionality leave you feeling cold toward the device, or is it something you can live with? Let us know in the comments section below!