Once upon a time Symbian ruled the roost in the world of smartphones, much like Android does these days.  If you wanted a smartphone, a Nokia phone fueled by the mobile operating system Symbian was probably your best choice out there, given the incredible durability and feature list of Nokia phones, and the sheer support and popularity of the Symbian OS.  As iOS and Android rose in popularity, Symbian hit its peak in 2010 with 111 million smartphones sold worldwide powered by the OS, and from there the downward spiral was fast.  Symbian declined very quickly after that, and it only took until February of 2011 for Nokia to move its focus fully on Windows Phone, which would eventually become the downfall of a once great company.  Why are we focusing on a mobile OS other than Android, and for that one that’s completely dead at this point?  Well the Symbian Signed team just this week posted on Twitter that official support of Symbian, and its half-cousin Meego, have been officially ended.  That means the staple of the smartphone industry just 4 years ago is now completely dead, and it paints an interesting picture of things going forward.

Symbian had a lot of great things going for it, and its successor Meego, had even more.  Intel once was on board with Nokia to make Meego, and when that went down the drain they jumped ship that other potential startup OS, Tizen.  Symbian though was abandoned before it was ever significantly changed, but that wasn’t without trying.  After hardware acceleration and pretty transitions between screens became popular with the introduction of the iPhone in 2007, Nokia tried to pretty-up their OS too.  With the release of the Nokia N96 Symbian received an update that included cool new animations and transitions, however Symbian was held back by a complete lack of hardware acceleration, making these animations jerky and generally not pleasant to the eye.  This was around the time that I jumped ship from my Nokia N95 to the HTC G2, finding that Android was everything I loved about Symbian and more.  In a way for me Android is the spiritual successor to Symbian, and everything that OS could of, and should have become. 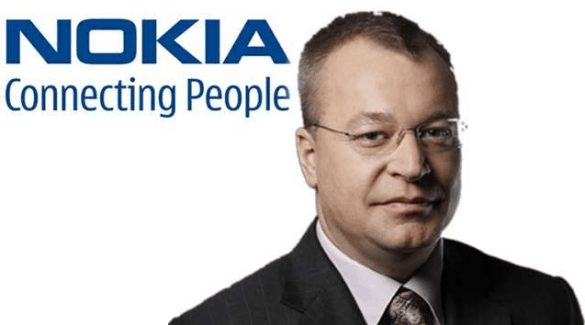 Nokia brought a lot of good change to the market, with some being more lasting than others.  For one Nokia has more than 7,000 patents that cover mobile technology in general, not just smartphones.  In their recent acquisition of Nokia, Microsoft has had to jump over some serious hurdles to purchase Nokia’s hardware division, including all their patents.  These patents could be used in future patent wars between Microsoft, Google and Apple, and continue to plague the industry with needless litigation as they have for the past few years.  Then there’s also the talk of dropping the Nokia name completely, as Nokia CEO Stephen Elop, who has single-handedly been the downfall of the entire company, continues in his dream to eliminate the world of everything named Nokia once and for all.  In a world where Android and iOS rule the world and the news every day, there could have been plenty of room for a third competitor if the right vision of the future was followed.  Unfortunately we will never see such a future with Nokia behind it, and while Tizen is just about the only alternative out there that might have any success at all, it has constantly been plagued with delays and problems, leading many to wonder if it’ll ever be released.  For now Nokia will focus on wearables and abandon the smartphone market altogether.  The cancellation of Symbian and Meego has rung the final death knell of Nokia’s smartphone division, and the end of an era of a once great Finnish company.