Skip to content
Trusted By Millions
Independent, Expert Android News You Can Trust, Since 2010
Publishing More Android Than Anyone Else
18
Today
18
This Week
639
This Month
5752
This Year
115754
All Time The apparent popularity of “wearables” – technology that can be worn as a wrist bracelet, wristwatch, monitoring device, or even as a pair of glasses – is prompting everybody to develop one form or another.  That, coupled with the decline of desktop PCs, has Acer, the world’s fourth largest PC maker, jumping on the “wearables’ bandwagon.”  Peter Shieh, Vice President of Acer’s corporate account business division under the company’s Greater China regional operation department said:

“We actually had demonstrated our products [wearable devices] to some of the company’s clients at the Consumer Electronics Show earlier this month.  The company is still developing certain types of wearable devices.  We certainly aim to play a role in the new market.”

He did not go into detail about the type of wearables that Acer would produce or even if they would include a smartwatch – only that it is a market that they are exploring and aim to participate. With Pebble, Samsung, Sony, and others with a strong foothold and moving forward in that market segment, as well as rumblings of Apple joining the field, Acer does not want to be left out. 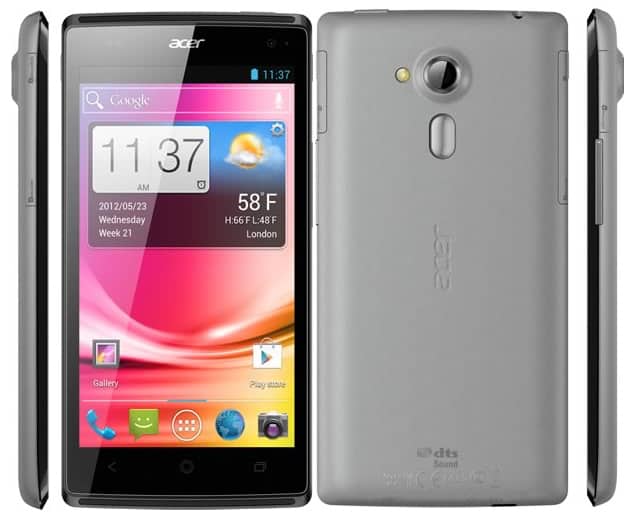 Shieh also said that Acer planned to launch more 4G smartphones this year, such as the Liquid Z5, launched yesterday in collaboration with telecom carrier Chunghwa Telecom Co.  The new smartphone runs on Google’s Android 4.2 Jelly Bean and uses MediaTek’s MT6572 dual-core processor clocked at 1.3GHz.  It sports a 5-inch display and a 5MP camera.  He said that Acer will consider pairing up with their nation’s top three carriers to promote more 4G devices, as they expect to sell 140,000 to 175,000 devices in their home market during 2014.

It looks like the landscape of Acer will change drastically this year as they step away from PCs and look more to portable devices like tablets, smartphones, and wearables.  In the ever-changing technology world, it seems there is a lot of shifting going on with manufacturers, especially those in the dwindling PC field. With Acer’s in-place distribution channels, they may be able to do quite well.

Please let us know on our Google+ Page if you think Acer is making the right move by developing wearables – are you a wearables type person and do you have now, or are you thinking of purchasing a wearable in the near future.