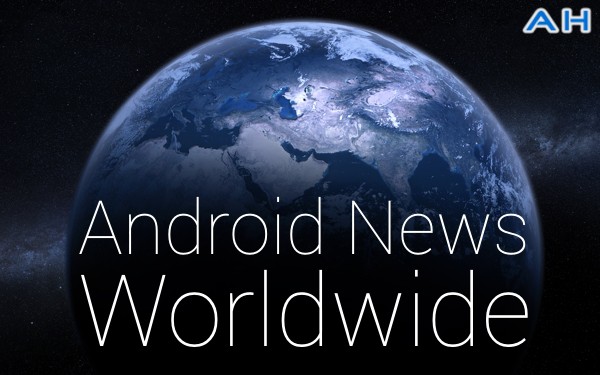 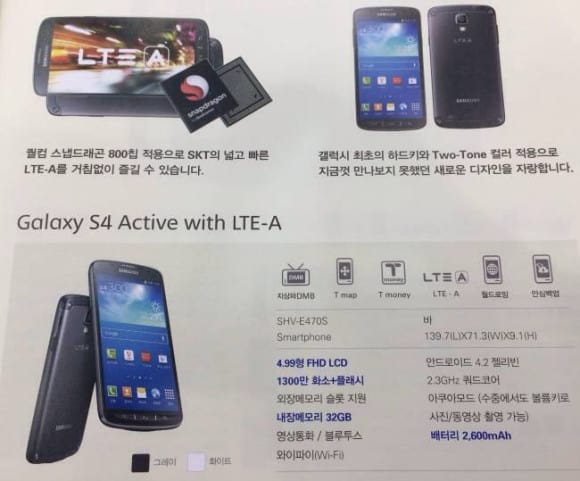 When Samsung announced a much faster version of the Galaxy S4, a lot of users were understandably, a little annoyed. Well, those in South Korea that bought the Galaxy S4 Active are now having the same sort of feeling as there's now an LTE Advanced version of the device on sale in South Korea. Which makes for a much faster processing experience thanks to the Snapdragon 800 inside. If you were thinking about getting an Active in South Korea but, the Snapdragon 600 wasn't cutting it, there's an even better opportunity to buy one now. 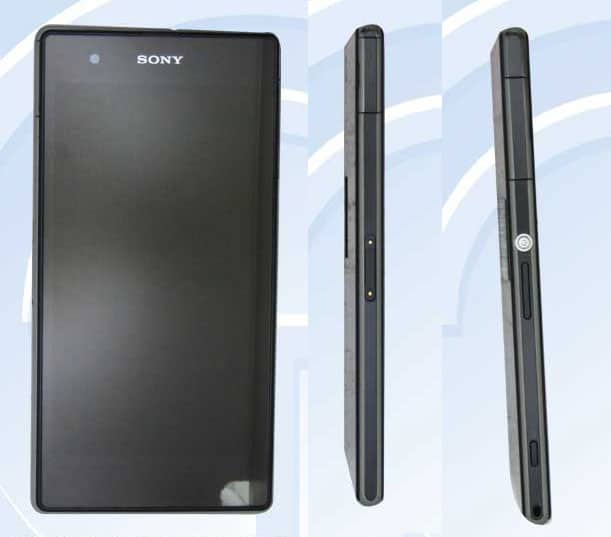 It seems that Sony's miniature version of their Xperia Z1 is edging closer and closer to a release. The Xperia Z1S as it's become known, has now passed through the FCC and China's TENAA. So, it's beginning to look like the 4.3-inch, Snapdragon 800-powered device is about to be released worldwide, making it available outside of Japan at long last. 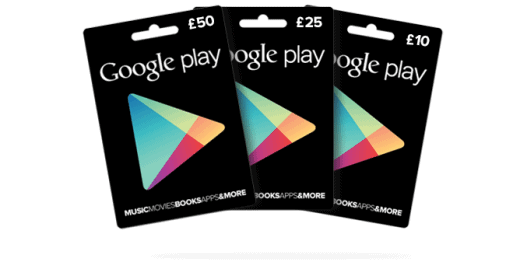 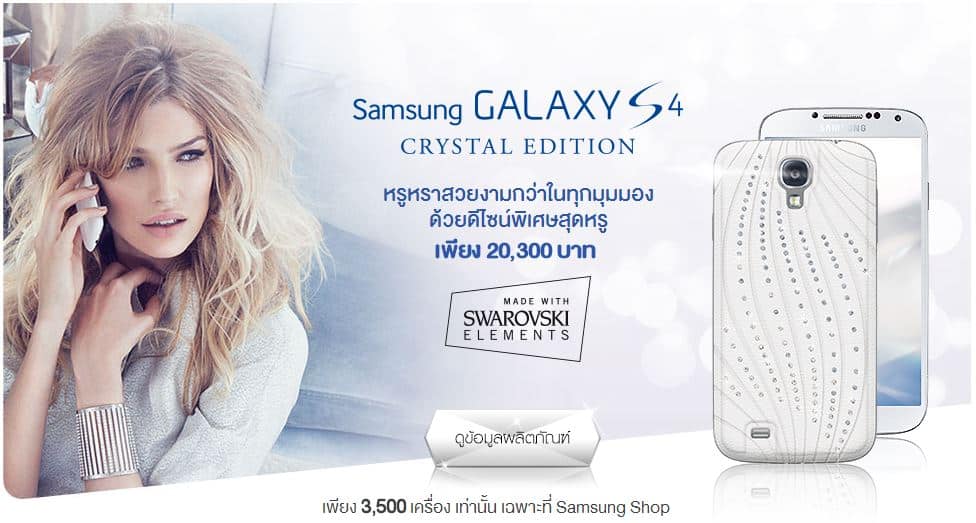 2013 has seen a whole bunch of different Galaxy S4 variants and Thailand is about to get one more. The crystal edition of the Galaxy S4, complete with Swarovski crystals is heading to the Asian country soon. However, it will be a little more expensive at 20,300 baht ($630) as oppose to the regular 17,400 baht ($540) for the normal Galaxy S4. Also of note, is that this is the Exynos 5 Octa packing version of the device, not the Snapdragon 600 variant.

The Candian coffee giant has finally embraced the 21st century and brought mobile payments to their stores. The TimmyMe app has been updated with the ability to charge pre-registered Tim Cards with a balance when paying for your delicious coffee. It's available in some stores in the US, too however, NFC-based payments aren't available everywhere and a lot of the time you'll be using barcode based payments. Which is certainly better than nothing. According to Tim Hortons, they're still working on Android 4.4 support. 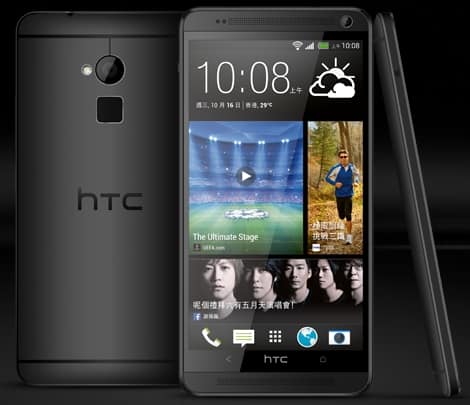 When the HTC One Max was released unto the world, it only came in the white-silver color that we were used to. The 1.7 Ghz Snapdragon 600 device is soon going to be available in black however, as a recent announcement in Hong Kong suggests. It's nice to see some more colors of the One Max, especially considering the HTC One itself is available in silver, red, black and blue. If you want more info on the One Max you can read our review here. 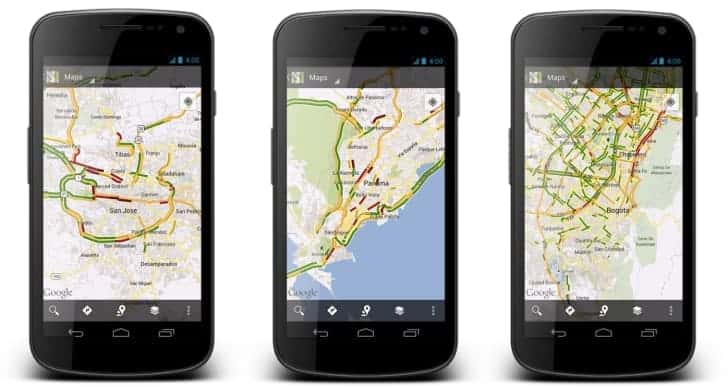 Google Maps Navigation has come to 25 more countries this week, allowing even more users around the world to tap into the free turn-by-turn navigation. A lot of the new countries are in Africa but, some are a little more far-flung than that. Overall though, it's nice to see Navigation expanding and you can take a look at the list below and read more here.

The sequel to one of the more bizarre tablets is now available in India. The 10.1-inch slate isn't too hot on specs but, it's got enough going for it. With a 1280 x 800 display, a dual-core CPU, 1GB of RAM and expandable storage. It's available in India for RS 16,499 for the WiFi model and the 3G model is a little more pricey at RS 18,999. This isn't your average Android tablet however, as there's something a little different as you can see above. This features a "spine" much like a book and displays notifications and such which is a fairly nice touch. 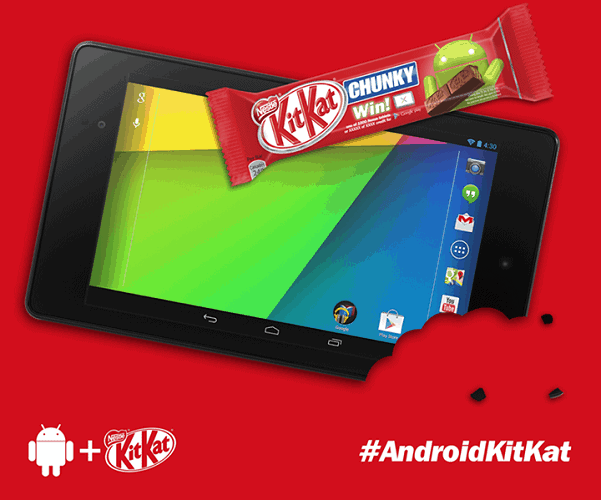 The saga of the free Nexus 7 in India is finally coming to a close as KitKat India has backtracked and is now sending out 2013 Nexus 7s and also replacing the 2012 models that are out there. It's a nice touch from KitKat India and you can read more here. If you experienced this then let us know about it in the comments below, after all, it's nice to finally get what you were originally promised, right?