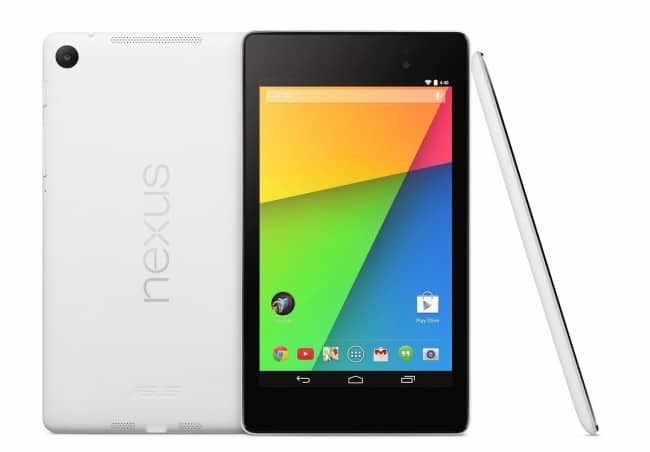 Google knows you like to get new stuff, especially when it’s something as awesome as a Nexus 7. Not just that but Google knows that white is the new black when it comes to tech design, so they are now launching a new white Nexus 7 to coincide with that shiny new Nexus 5 you likely bought in that past month since its release. We loved the Nexus 7 2013 edition when it came out this past summer, but it only debuted in the black version with either 16GB or 32GB of internal storage. Google is only just now launching the white model for whatever reason, just a mere 2 weeks before that all-important Christmas holiday, and not only that but they are only launching the white Nexus 7 2013 edition in a 32GB flavor. It still retains the price of $269.00 through Google’s Play Store, and of course since it’s the same size and shape will fit any existing case out there for the Nexus 7. Google also sells its own cases at the bottom of the Nexus 7 page too if you’re interested in getting them through that channel.

So far the stock has been just fine, but the device has literally just landed out of nowhere. It shares the same styling as the white Nexus 5, minus the white earpiece up top of course, so it’d look great alongside that device.  Likely it also shares the differences in material that the white and black Nexus 5 does as well.  The Nexus 7 is arguably the best non-10-inch tablet around, and for many it’s their preferred tablet just because it’s so darned comfortable to hold.  Not to mention all the new goodies in Android 4.4 KitKat like full-screen apps that take advantage of the Nexus 7’s absolutely gorgeous 1200p screen (yes that’s higher resolution than your 1080p TV), and you’ve got one amazing tablet to behold.  Don’t forget that the Nexus 7 has virtual surround on its speakers too, so you won’t have to worry about having a shoddy sound experience when using one of these beasts.  If you don’t already have one or were planing on picking up one for someone special for the Holidays, what are you waiting for?  Now you have more choice than ever.  Oh and don’t forget to pair this with a Chromecast to get $35 in Google Play Credit for the ultimate in entertainment viewing this Winter! 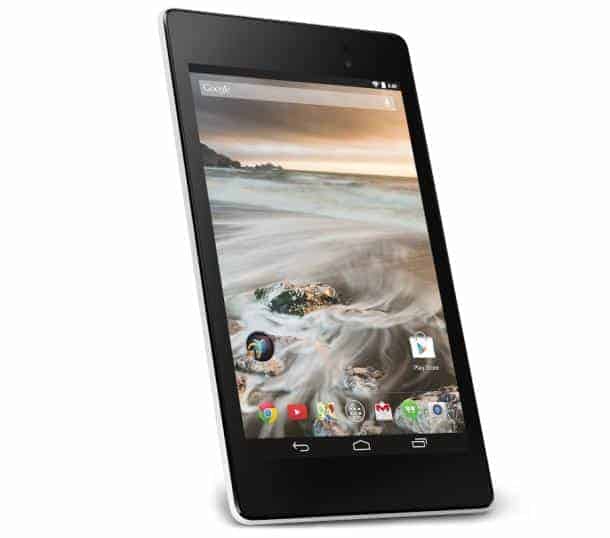 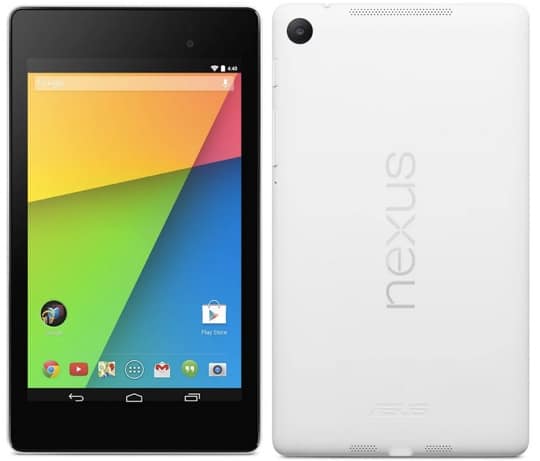 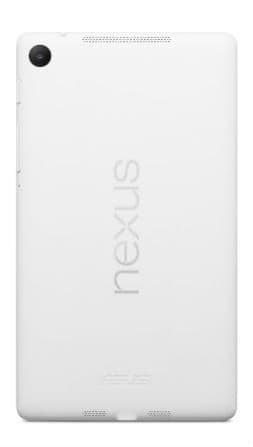