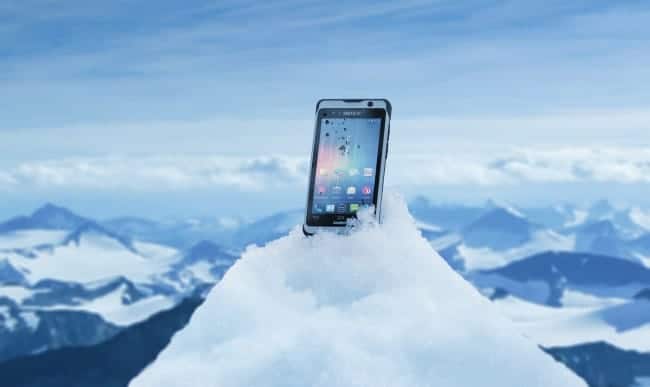 Every now and then, a new rugged smartphone comes along and these days, there's a lot of choice out there if you want a smartphone to take some punishment and still survive. Casio have been servicing Verizon customers with their line of rugged devices and even Samsung and Sony offer premium devices that are water-resistant. Well, the Nautiz X1 from Swedish company "Handheld Group" takes things to a whole new level and would pretty much survive whatever you throw it at.

First and foremost, this is a device that's built to last and built to withstand some serious punishment. As such, it's got the usual IP67 rating that makes it both dust and water proof but, things get a little more impressive when you realize that it meets the US Military's MIL-STD-810G standard. That allows for a device that's resistant to extreme temperature, shock and vibration. Unlike other devices out there though, the Nautiz X1 isn't all that ugly, considering that it should be built like, and look like, a tank. 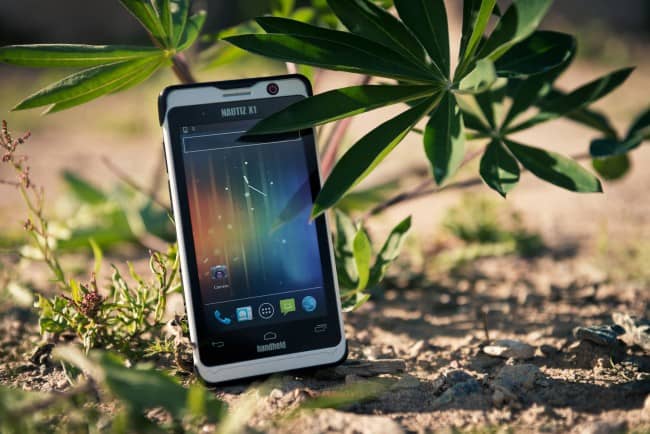 As for specs, this is obviously one area in which the Nautiz X1 can't compete with everyday smartphones. Coming in at 4-inches, it features a lackluster 800 x 480 display, a TI OMAP 4430 dual-core CPU and 1GB of RAM. Storage starts at 8GB but, there is a microSD card slot to expand this. One area in which things are seriously disappointing however, is that the X1 ships with Android 4.0 Ice Cream Sandwich, a version of Android that's now 2 years out of date. However, compromises always need to be made when it comes to creating devices as rugged as these.

This is Handheld Group's first Android device and it's already on sale. Hopefully, this is just the beginning for these guys in the Android world, as rugged smartphones certainly have their place in industry and with Android, they're much more flexible however, with outdated software like Android 4.0 people won't be rushing out to get their hands on this, no matter how good-looking a brick it is. Still, for those that need a phone that can withstand some serious punishment, this ticks all of the right boxes. Take a look at the video below for more info.