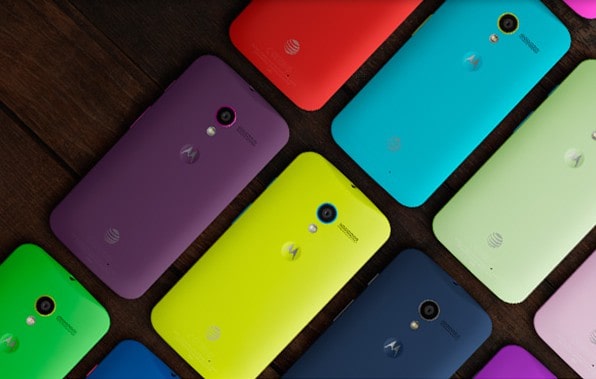 Motorola have already shown themselves to be quick when it comes to software updates on the Moto X on other carriers but now, it's Sprint's turn. At "long last" Sprint Moto X owners can join the elusive "KitKat club" which consists of mostly Nexus devices at this point. We had heard whispers that the Moto X on Sprint was close to getting KitKat and now, it's finally here. Users are saying that the version number for Android 4.4 is 13.11.3Q2.X-69-3-8. As always, this is probably going to take a week or so to reach every Moto X user on Sprint but, you can of course check by heading to Settings and then About Phone.

As for what's new in KitKat well, not as much as you might think but, more than you might think at the same time. Headlining features are Cloud Printing support baked right into the system and the introduction as Hangouts as the SMS app. You can read more about KitKat in our review of Google's latest operating system. The Moto X's camera also gets a little bit of love in this latest update with enhancements to touch-to-focus. For the most part though, you'll enjoy a slightly speedier experience and of course, be able to gloat to other Android smartphone users that your device is yet again, on the leading edge of Android versions. You can take a look at the full changelog below:

Android 4.4, KitKat, is the latest release of the Android platform. KitKat includes enhancements such as restyled status and navigation bars, a new full-screen mode, color emoji support, improved closed captioning support, stronger security, smarter power use, and more tools and capabilities for better app development.
Improved Phone Dialer app with the ability to look up contacts directly from the dial pad, see and tap frequent contacts, and search your corporate directory easily.
Incorporated a new version of Google Hangouts that supports integrated SMS/MMS messaging. Hangouts can be set as the default SMS app under Settings>Wireless>Default SMS app.
NFC Host Card Emulation support to improve experiences such as contactless payments, loyalty plans, transit passes, card access and more.
Camera – Focus and exposure: Enhanced the "touch to focus" option with a new circular, on screen control that can be dragged by your finger around the viewfinder to adjust a photo's focus and exposure.
Gallery – Photo editing: Added new photo editing options to the Gallery app including new filter effects, draw on your photos, advanced cropping, and adjustments to color, exposure, contrast and more.
Touchless Control – "Find my phone": Added a new "Find my phone" command to Touchless Control. Just say "OK, Google Now-find my phone" and your Moto X will ring loudly to let you know where it's hiding when you've misplaced it nearby.

Hopefully, this goes just as smoothly as the other carrier updates to KitKat but, if there are any issues just contact Sprint and see what they can do for you. You can read more about the update at Sprint's website. Be sure to let us know if you've gotten the update and what it's like to be running Android 4.4 on the Moto X in the comments below. Also, why not swing by our Google+ page and say hello?