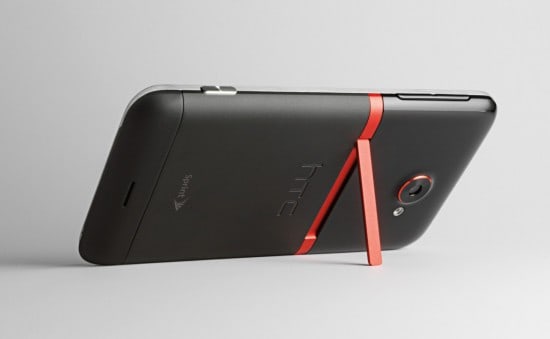 If you shelled out the big bucks last year for the HTC EVO 4G LTE, you're probably wondering where the heck your next update is.  HTC updated the EVO 4G LTE, its 3rd generation EVO phone for Sprint, to Android 4.1 at the end of last year, but has so far left customers high and dry for updates beyond that.  HTC cleared up their update schedule for most of their recent phones near the end of last month, but owners of the EVO 4G LTE were still left wondering where the heck their Android 4.3 update was.  Thankfully HTC has been very active with the community, and it looks like we're getting an update straight from the President of HTC America, Jason Mackenzie, saying that the Android 4.3 update for the EVO 4G LTE is being finished up and should go into the testing phase just next month in January.  The testing phase is for a solid month, and as Mr. Mackenzie's post says the testing will be from mid-January to mid-February, with a release shortly after that. 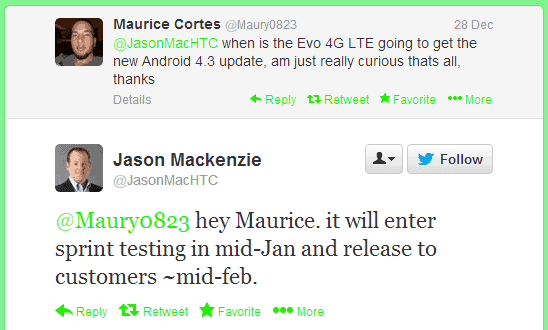 This means that the handset, launched in May 2012, will receive its second major Android update in two years, bringing it from Android 4.0 Ice Cream sandwich all the way up to the final Jelly Bean release, Android 4.3.  This is undoubtedly the end of life update for the phone, which is likely nearing the back burner for many users as they will probably upgrade their phone this coming fall.  HTC's next big phone, code named the M8, is looking to hit all 4 major carriers in Q1 of 2014, which means anywhere from the end of January to sometime in March.  If you bought the EVO 4G LTE when it came out it's not outside of reason to think you could be upgrading to this phone before Android 4.3 even hits your EVO, ironically.  We've seen the Android 4.3 update come out for the HTC One already, and it brought the usual improvements to Android that we expect from major updates.  While EVO 4G LTE owners will likely not be receiving the Sense 5.0 update with this version of Android, it'll probably be a further improved version of Sense 4+ which is already installed on your phone.  Post-holiday goodies will be coming soon to those who are patient.