We knew it would eventually happen, but in Seattle – an unusually progressive city – a co-owner, has decided to ban Google's Glass from his two establishments.  One of the establishments, the 5 Point Caf©, clearly has it posted that wearing Glass is banned, however, the Lost Lake Caf© and Lounge, does not have any signs stating that Glass is "not welcomed."  In fact, the menu at the Lost Lake actually encourages patrons to: "Post photos on our website via Instagram by using #LostLake."  So it seems they are fine with customers taking pictures, most likely with their smartphone, and posting them on the internet for all to see – so what is the difference doing that very same thing with Glass?

What is even more annoying is that the patron, Nick Starr, claims that he had worn his Glass into the restaurant before, and while people were curious, he was never asked to remove them before this incident. However, this time, the server asked him to remove them, and he recounted how he was able to wear them in the past, but was told that the owner did not allow them in his establishment for his customers' privacy. He asked to speak to the manager and the server said that she was the night manager…so rather than cause a scene, he simply left. To add fuel to the fire, the Lost Lake posted on their Facebook page that they had to ask a "rude customer" to leave because he refused to take them off. The post said:

"We kindly ask our customers to refrain from wearing and operating Google Glasses inside Lost Lake. We also ask that you not videotape anyone using any other sort of technology. If you do wear your Google Glasses inside, or film or photograph people without their permission, you will be asked to stop, or leave. And if we ask you to leave, for God's sake, don't start yelling about your 'rights'. Just shut up and get out before you make things worse." 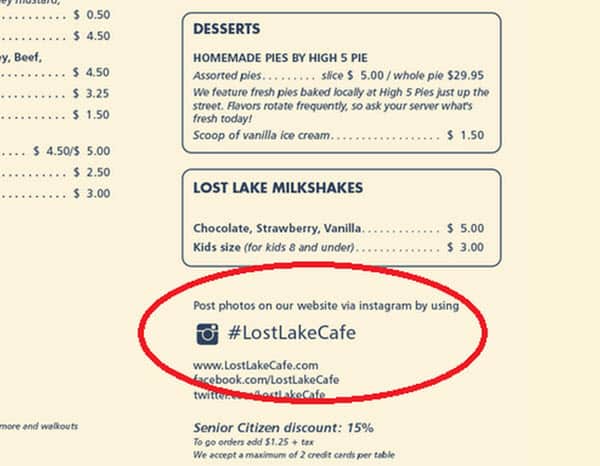 We should expect to see more of this type of incident as more people start wearing Glass, and while an establishment is clearly within their rights to ask that patrons do not wear their Glass, as PC Magazine states that, "public accommodation laws in most states, including California, prevent businesses from using a person's race, sex, or even height and weight to turn them away for assuming they will not pay," but anything else is at their discretion. However, owners should have it clearly posted, such as they do with "No Shirt, No Service," that way there is no ambiguity in the minds of the customers of the establishment's policies.

Do you think that Glass should be banned from restaurant and bar establishments and do you think smartphones should also be banned. At so many "get togethers" there are smartphones snapping away to record the memories – should this too be banned – where do we draw the line. Let us know in the comments or on Google+ what you think about the entire situation – are you on the side of the patron (Glass) or the owner of the restaurant or is it more complicated in your mind.

Trusted By Millions
Independent, Expert Android News You Can Trust, Since 2010
Publishing More Android Than Anyone Else
6
Today
144
This Week
520
This Month.
520
This Year
110689
All Time