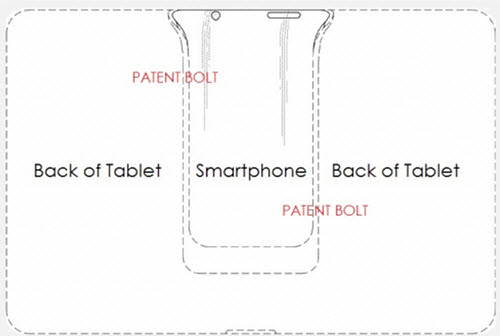 Samsung loves to try new devices, and one area they have not yet ventured into is the Padfone device – a combination Smartphone and Tablet, much like the ASUS Padfone, and ASUS has also released a Padfone Mini. However, if the newest leaks and rumors are true, it looks like Samsung is well on their way to coming out with their first such device, the SM-G900, or Galaxy Hit.

We saw some interesting Benchmarks performed – there was a model SM-G900F on the AnTuTu Benchmark site showing a resolution of 1920 X 1080, while an SM-G900S in the GFX Benchmark test had a 2560 x 1440 pixel resolution screen. And as is with the ASUS, the higher resolution would be the Tablet and the lower resolution is the Smartphone device.

Another reason that lends credence to this rumor is that Samsung applied for a patent for the Galaxy Hit, showing it to be a Padfone shaped device and its listing is for, "Digital cameras; Smartphones; Table computer." This combination is a sure giveaway that Samsung is working on this device – if it were any other manufacturer, one might think they were simply doing some testing, but with Samsung, it is more likely that they intend on releasing such a Padfone to add to their Phablet design that took off. 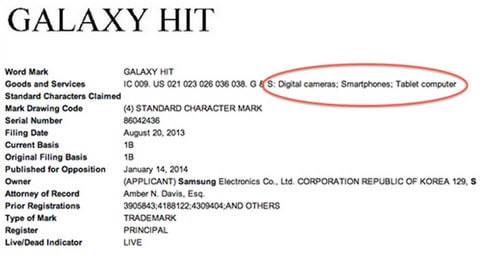 It could be that the two Benchmarks are from some completely different devices, such as a Galaxy S5 in the old polycarbonate shell and maybe a "Pro" version in metal or they could even be an international and regional version, but with the patent filing and its listing as both a Smartphone and a Tablet computer, it does look very good that it is a Padfone from Samsung called the Galaxy Hit.

I am not a fan of this type of design and cannot see Samsung selling many of this type of device, but Samsung seems to want to be all things to all people – possibly this device will only see limited distribution, as often times Korea and the Asian countries are treated to exclusive distribution. Hopefully, Samsung will make this all clear to us at CES 2014.

Let us know on our Google+ Page if you would be interested in owning a Samsung Hit, or Padfone. Does the device make sense to you or would you rather have two separate devices – a smartphone and a tablet.