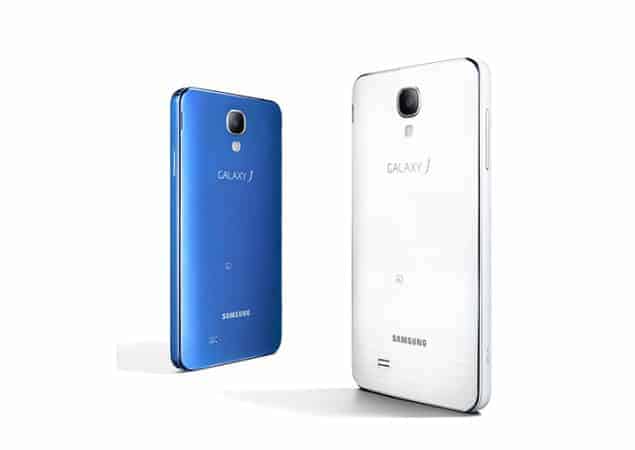 When Samsung announced the Galaxy J, it was initially thought to be a Japanese-only version of the Galaxy S4. A device tailored more to the Japanese consumer in order to combat Sony's recent strong performance. It was also a little bit better than the original Galaxy S4, for one thing it features a Snapdragon 800 CPU as oppose to the 600 inside the Galaxy S4. As well as this, one of the main complaints seems to have been solved, the Galaxy J is built with a brushed aluminum backing, delivering an all-round more "premium" feel.

Now, Samsung has announced the device for the Taiwanese market, which begs the question as to whether or not this really is going to stay a Japanese-only device or if it's going to come to other markets. One thing that will be staying in Japan however, is the Blue version of the device, with Taiwan getting the Galaxy J in either White or Red. For our Taiwanese readers, you can purchase the Galaxy J soon for 21,900 Taiwanese Dollars.

For the most part, the Galaxy J is more of a Galaxy Note 3 inside of a Galaxy S4 sized body. The Snapdragon 800, 3GB of RAM and 32GB of storage are all here, so too is the 5-inch Full HD Super AMOLED Display found on the Galaxy S4. The microSD card slot survives and the battery gets a little bump up to 2,600 mAh. Everything else however, is pretty much the same from the Galaxy S4, with the beating heart of the Galaxy Note 3.

There's still word out there – more hope, at this point – that the Galaxy J will make it to other markets internationally. However, with the Galaxy Note 3 enjoying a strong holiday season in the West, we doubt Samsung would want to throw a spanner in the works. So, a launch this late in the year is more than likely off the cards but, 2014 is a new year and we could see even more Galaxy S devices.

2013 has seen more variants of Galaxy S devices than any other previous year from Samsung. So far, we've seen the launch of a Galaxy S4 Mini, a Galaxy S4 Zoom (which we reviewed earlier this year), a Galaxy S4 Active, the Galaxy S4 Advance and now the Galaxy J. With so many variants of what is essentially the same phone, we're wondering whether or not the Galaxy S is going to be Samsung's flagship device, or if this position has now shifted to the Galaxy Note.