Rumors have once again started floating in regarding the Galaxy F smartphone, this time concerning a possible debut time frame. While there is no actual rumored date for the device to be announced, according to Korean site ETnews, the Galaxy F could make a debut alongside the Samsung Galaxy S 5. Both are also rumored to be part of a premium handset line, that are made up of metal materials this time around, compared to the plastic materials were used to seeing on the previous Galaxy devices. Previous images were leaked last month that had shown a metal chassis or molding that is now believed to belong to one of or both of these devices. This of course remains unconfirmed and is still a rumor as well. 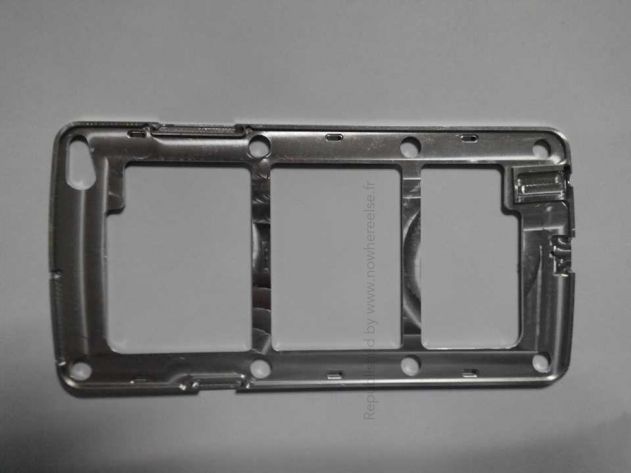 This isn’t the first time that a rumor has been thrown around about the Samsung Galaxy F, as we’ve seen reports in the past about it, from different specs to it being a potentially super high-end device above the Galaxy S line. The Galaxy F was also rumored to have a 16MP camera, which would certainly fit along nicely with the premium feel of metal parts. The camera has also been rumored to have Optical Image Stabilization, which seems to be a growing trend in smartphones these days as manufacturers make a push to improve their cameras and overall image capturing quality. Other rumors about the Galaxy F are that it will contain a cortex A57/A53 octa-core processor, as well as a flexible YOUM display. Samsung is also working on the next version of their own Exynos line of true octa-core processors, (the Exynos 6 and potentially the Exynos S) so it’s possible we could see one of these chips go into the new device as well.

Spec and feature wise it sounds like the Galaxy F would shape up to be a fairly premium feeling device, that is if any of the rumors pan out to be true.There is no real concrete evidence to support that the Galaxy F will debut when Samsung unveils their new Galaxy S 5, but should both devices be shown off and announced at the same time, it would likely be a little further into the year, possibly more towards Mobile World Congress.