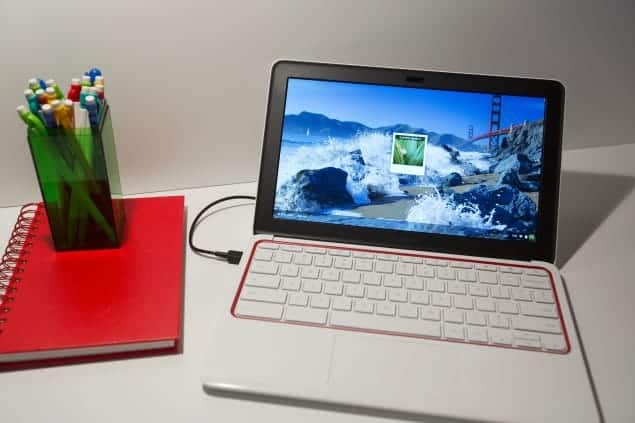 HP’s Chromebook 11 woes have been well-documented over the last few weeks. In particular, the power adapter had some problems with overheating, which lead to the laptop being pulled from the Google Play Store. So far HP and Google have been silent on when the Chromebook will be available to purchase once more, but judging by a new story from 9to5Google, it may be sooner rather than later. The website recently received a new Chromebook 11 that came with a redesigned power adapter for the device from Google, which may mean that the overheating issues have been solved.

The new charger is rated just the same as the old charger – 5.25V, 3.0A – so it doesn’t look like to much is changing with this revision. Of course, one major perk of the HP Chromebook 11 is that it was designed to work with any other micro USB charger, so it isn’t as if folks were completely out of luck if their pack-in adapter was overheating. Still, many other micro USB chargers out there won’t charge as quickly as the one designed for the Chromebook 11, so it’s nice to see that a new version might be landing soon.

Just a few days ago, we told you about Consumer Reports and its attempt to find out just how hot these chargers get. The tests, which used an infrared thermometer, found that the chargers could reach a surface temperature as high as 140º fahrenheit. Any way you slice it, that’s hot. Consumer Reports spoke to the consumer safety director at Underwriters Laboratories – the company that listed the Chromebook 11’s original charger – who said he didn’t know if 140º was a fire or shock hazard. Even if it isn’t, you’d be hard pressed to find a user who’s comfortable with their adapter working at that temperature.

Debates about fire hazards aside, it’s nice to see that the Chromebook 11 may soon be available again with a revamped, safer charger. For its part, Google is keeping its mouth shut on a potential return date, so we’ll have to wait a while longer before we find out for sure. We imagine that HP and Google probably want to put the adapter through more tests before offering it on the Play Store, but this is a good sign nonetheless. Stay tuned, as we’ll be keeping an ear to the ground for more information.