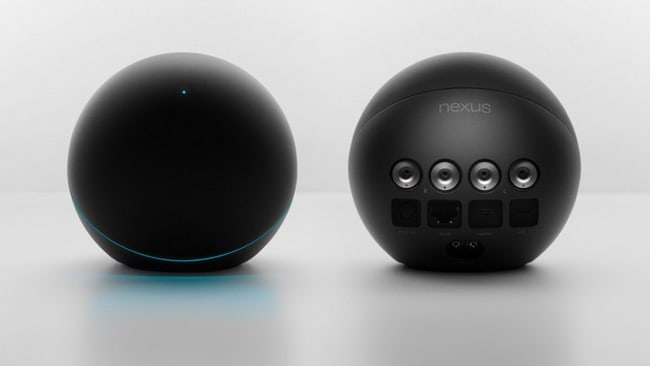 Many of you might remember the Nexus Q, a device that Google debuted alongside the original Nexus 7 back in 2012 at their I/O conference. The device was basically a very sophisticated media streamer, with a built-in amplifier and the lot however, as innovative as it was it got off to a rocky start. At $299 it was hardly what you'd call affordable for such a purpose, especially when the Roku boxes out there offered the same functionality for less than half the price. Now, we look back at the Q with our $35 Chromecasts and wonder just what it is that Google were thinking. The search giant likes to experiment, that much is obvious but the Nexus Q was just too expensive for people to find a place for under their TVs.

Google officially left the Nexus Q behind earlier this year but, for those that still have one lying around – or perhaps one in regular use – you can now bring your Nexus Q into the KitKat age of Android, thanks to experimental build of CyanogenMod 11. The build of Android 4.4 is very much a work in progress and right now there are some issues to be worked out concerning WiFi and audio but, it is at least working. It's also a lot better than the aging version of Android that Google left it with. For those interested, you can take a look at the thread over on XDA for instructions on how to get it working on your little black ball.

In many ways, the Nexus Q paved the way for the Chromecast, it was a device that brought all of Google Play's content into the living room, where what Google calls "the most important screen" of the house lives. However, with a fairly foggy idea of how people were going to use the device, and content restricted to just Google's offerings, it wasn't going anywhere in a hurry. The Chromecast however, is going from strength to strength, while it's a shame to see experiments like the Nexus Q fail, it's pretty great to see Google double down on their mistakes and bring something like the Chromecast to take its place.