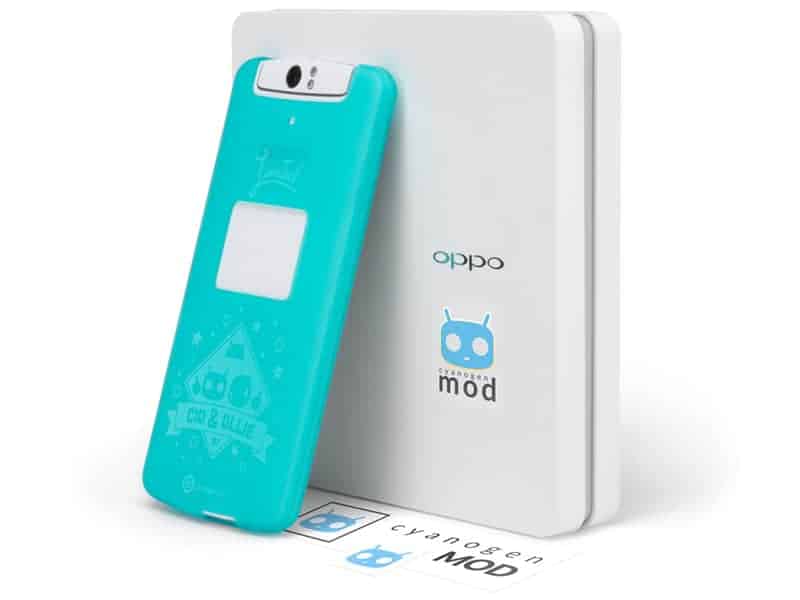 The CyanogenMod team seems to be on a roll. Just yesterday we brought you news that the team, now incorporated as Cyanogen Inc., had received a funding worth $23 million and was mulling expanding into other horizons – including Smart TVs, Cars and wearables. The innovative partnership of CyanogenMod (CM) with Chinese manufacturer Oppo has resulted in the first ever CyanogenMod Edition device – the Oppo N1 CyanogenMod Edition.

The latest news update from the Oppo camp was unleashed on Twitter, stating that the Oppo N1 was the first Google Compatibility Suite Tests (CTS) certified Cyanogen device and will officially go on sale from December 24th onwards. For the uninitiated, the Android ecosystem is open source and as such developers have access to all the code they need to create unofficial custom ROMs. CyanogenMod is one of the most widely known custom ROMs with "tens of millions of installs", which offers users the freedom from unpredictable and much delayed carrier and manufacturer upgrade cycles, as well as offers custom features which are not present in vanilla versions of Android.

Till date the CyanogenMod software was incompatible with Google's requirements for Play Store compatibility. As a result all Google services and apps viz. Gmail, Google Maps, Google + etc., had to be side loaded through custom-modified packages. However, with the Oppo N1 clearing Google's CTS requirement, a major victory for CyanogenMod has been achieved – now the Google Play store can be accessed for legitimately downloading Google apps. This is a major step in enhancing usability for the CyanogenMod end-user.

The Oppo N1 is a tantalizing device which features the Qualcomm Snapdragon 600 chipset with a quad-core Krait CPU clocked at 1.7 GHz, an Adreno 320 graphics unit (GPU), an ample 2 GB of RAM, with the option of 16 GB or 32 GB of internal storage. The device also sports a 13 mega pixels (MP) camera which rotates 180 degrees to function as both the primary and secondary camera.

Oppo had previously stated that there would not be any special pricing for the CM edition Oppo N1. In order to get your hands on an Oppo N1, you would need to shell out $599 for the 16GB model and $649 for the more capacious 32GB variant.