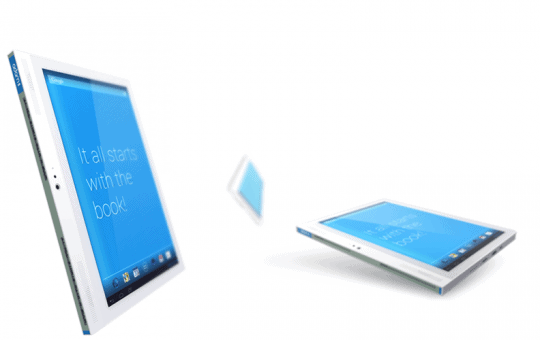 The Notion Ink Adam II was rumored back at the beginning of 2012, but faced issues and problems that kept setting back the release date. The original Notion Ink Adam was released about two years ago and was a mediocre tablet that got lost in the vast sea of available Android tablets. The company has finally announced the Adam II, with availability only in India right now. The Adam II is not the latest and greatest Android tablet, it doesn't have incredible specs, but Notion Ink has a little something extra up their proverbial sleeve.

The Adam II has a notification ticker that runs along the spine of the device. This 100 x 5 ticker is monochrome, so it shouldn't hurt battery life much at all. It will display notifications so they are available with just a quick glance. Even though this tablet has been teased for almost a year and a half, it is still kind of interesting just because of that notification ticker. Other specs include a 1.5 GHz dual-core Cortex A9 processor, a 10.1-inch IPS LCD display with a 1280 x 800 resolution, 1 GB of RAM, 8 GB of internal storage, and it runs on Android 4.2.2. 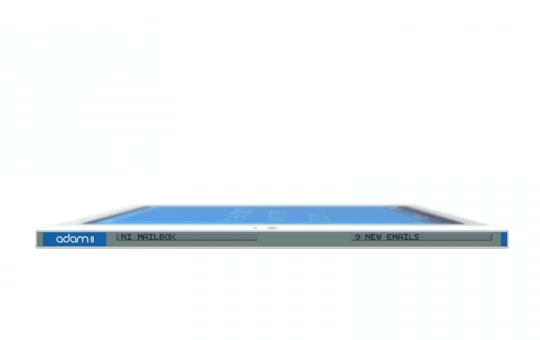 The Adam II seems to improve on the original Notion Ink Adam in all the right ways, but that display is pretty disappointing. With the Nexus 10 having a 2560 x 1600 display and other tablets being even higher, the Adam II seems pretty lackluster in the display resolution department. I guess we have to keep in mind that this is basically last year's technology.

The Notion Ink Adam II tablet is available in India for Rs 16,499 for the Wi-Fi-only version and 18,999 for the 3G variant. No word on global availability has been announced. We also haven't heard anything about the cool accessories that were rumored to be coming with the Adam II, or the EVE concept smartphone that we were supposed to see with the release of the tablet. I guess rumors don't always pan out the way we want them to. You can find all of the official info on the Adam II on the Notion Ink website.