We all have experienced service issues with our Android devices from time to time. Whether we are out camping in the middle of nowhere or we’re simply in a part of our house that doesn’t allow for great service reception. No one has it as hard as NASA does when it comes to calling home from space. However, NASA has been working on a cheaper and more effective mission that uses off-the-shelf products to build a PhoneSat. One item used in the most recent design was a Samsung Nexus S device as the base of the design.

The “PhoneSat” project produced a 2.2 pound cube shaped satellite and cost NASA only $7,500 to modify. The cube has been dubbed the “PhoneSat 2.4”, and is a smaller part to a bigger project called the Edison Demonstration of Smallsat Networks (EDSN).

The EDSN mission is based at NASA’s Ames Research Center in Moffett Field, California. The sole purpose of the mission, as announced in the NASA press release, is to “demonstrate the concept of using many small spacecraft in a coordinated cluster to study the space environment and space-to-space communications techniques.”

The mission will have a total of eight similar cubes sent into space from Kauai, Hawaii. Each cube is similar in size, 4 x 4 x 6 inches and each cubesat will use parts from the Nexus S. NASA has found that the Google device fits the bill nicely using “computation, memory, ready-made interfaces for communications, navigation and power…”

The most recent of launches was in late November 2013, and it has recently completed the first set of tests, which consisted of calling home from space. The next set of launches will be done in 2014. So what modifications do we need to make in order to get NASA status reception? 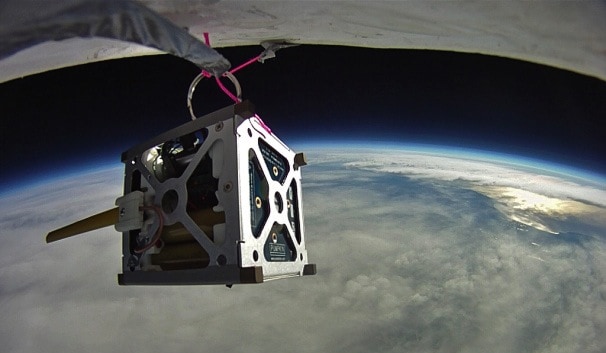 Keep in mind, though these modifications were the cheapest to date for NASA, it may not be the easiest for us normal people, with no access to government funds. Firstly, they didn’t need the aesthetics of the Galaxy S, they weren’t going for pretty. So they removed the casing as well as the screen, which left nothing more than the circuit board and what was attached. Then they used a replacement battery that is more powerful and solar charged. Something we may be able to take away from this, is that solar-powered smartphones wouldn’t hurt to try. Something else that is interesting about this project, is the majority of the items used to make the cube.

Even though it may be a little out of our normal budget, the cube was made from “off the shelf” components. This allowed NASA to go the cheap route, but they weren’t to sure it would work, and it did. The success of the testing also speaks volumes of the companies manufacturing off-the-shelf technology. Essentially, NASA saved millions of dollars in development, and allowed other companies to do that R&D for them. NASA saved money not i=only in R&D, but by using cheaper products, it allowed them to have a smaller, entry-level team head the project. Absent was the higher paid, higher level NASA engineer, and the only people working on the project totaled 10 entry-level junior engineers.

Once the testing of all cubes and the mission is completed, NASA will be able to use smaller cheaper satellites to “monitor the earth’s climate, space weather and other global-scale phenomena.” Not to mention how much cheaper it would be for NASA to replace a damaged or faulty satellite.

Have you ever used an old device for a purposing project, and if so what did you accomplish?