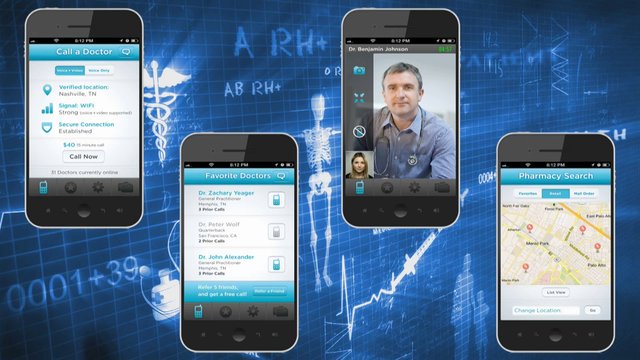 When we get sick we go to the doctor's office, when we are at the doctor's office, we are surrounded by other who are sick. The logic in that is saved only by the idea that placing hand sanitizer every few feet will help us out. Those of us looking for a fix to that problem, may have a new solution, our smartphones. We are not talking WebMD here, we are talking about a new app called Doctor on Demand.

Doctors on Demand gives us the ability to make a video call to a doctor and show them or describe what the issue is and get advice. The beauty of it, is that we can make this video call from the comfort of our bedrooms, and surrounded by our own germs. The app also has some qualified backers, who seeded the app with $3 million.

Those investors include Google Ventures, Shasta Ventures, Lerer Ventures, Andreessen Horowitz, Venrock and Jonathan Bush who is the CEO of Athenahealth. That list was compiled by AllthingsD, who also let us know that the doctors available through the app are licensed physicians. We also have an A team founders list as well, executive producer of the television series "The Doctors" Jay McGraw is one of the co-founders.

The app is available for both Android and iOS, and is free to download, though the charges will come later. In order to speak and see a doctor, it will run you about $40 for every 15 minutes spent on the call. The doctors are "in office" from 7am until 11pm your local time, though they are only licensed in a certain number of states. The states included are Illinois, Georgia, Florida, Indiana, New York, North Carolina, Ohio, Texas, New Jersey, Virginia, Washington, Michigan, Mississippi, California, and Pennsylvania. 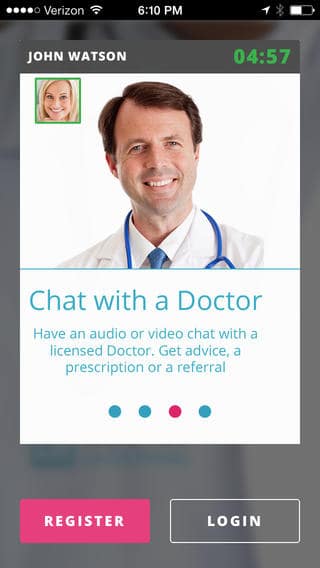 The doctors involved are not exactly doing this pro-bono either, so it is a win-win, even without insurance policies taking a cut. The doctors are getting a cut of the per minute charges, so this is their way of picking up a shift or making a little extra cash on the side, just in case they need it. Health insurance hasn't been involved as of yet, so flat rates for everyone using the service. The bright side is you can use a health savings or flexible spending account if you have that readily available.

So the next time you have to get a quick check up, and want to avoid self diagnoses and those awful doctors offices, have the doctor make a house call. The only thing you would have to worry about is if they tell you that you should go into see a doctor. The possibility of taking in a text message prescription, may not work, yet. So is this something you would want to try out, or would you rather get a more hands on visit from a doctor?