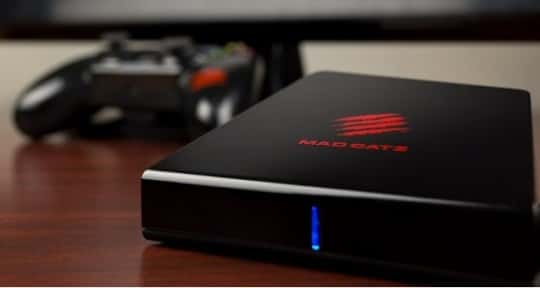 The Mad Catz M.O.J.O. android based game console is finally available for purchase and is starting to ship out to those who are wanting to buy or have already ordered one. The micro console as it was previously termed by video game peripheral company Mad Catz is yet another option of an Android powered home game console among a sea of recent options that have been popping up. Other contenders in the field are the OUYA, the Gamestick, and Bluestacks gamepop, but unlike the others the M.O.J.O. console is priced quite a bit higher. It'll be interesting to see what kind of market they are trying to target and if they succeed in grabbing an audience. At $250 for the device, consumers can grab a ps3, or spend an extra $150 and spring for the newly released ps4.

The Mad Catz M.O.J.O. was recently priced and given availability details in October, and just as Mad Catz has said, the device is available right on time. If you're someone who is interested in the micro console and have been looking for an option to play android games on your tv, you can pick the M.O.J.O. up at a varied selection of retailers. The M.O.J.O. is available at the Mad Catz main website, as well as newegg, tiger direct, Amazon, and gamestop. The console thus far doesn't seem to be available from any brick and mortar local retailers, but that could change down the line. The package comes with a controller which Mad Catz is calling the CTRL gamepad, and the console itself.

On the inside, the Mad Catz console is powered by an Nvidia Tegra 4 processor, and has 2GB of ram. So basically it can handle just about any game you throw at it. It also comes with an internal storage space of 16GB so you can store a fair amount of android games on it. If that doesn't seem to be enough you can add more storage via the microSD slot. Other internal specs include Bluetooth 4.0, USB 3.0 and 2.0, a 3.5 mm audio port and of course the HDMI port so you can connect it to your big screen. At launch the Mad Catz M.O.J.O. will have Jelly Bean 4.2.2 pre-installed and access to games will come from the Play Store and Tegra Zone which will be both be installed as well. All in all this seems to be just like the other android powered game consoles, just with more power behind it and a considerably higher price tag. One cool unique feature about it though is the consoles controller features. Mad Catz says the CTRL gamepad can perform mouse like movements and has hot keys for media. Is anyone interested in trying this console out?