Skip to content
Trusted By Millions
Independent, Expert Android News You Can Trust, Since 2010
Publishing More Android Than Anyone Else
24
Today
99
This Week
99
This Month
6839
This Year
124356
All Time 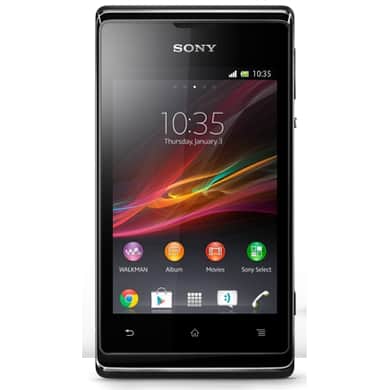 Sony Xperia E has been one of the better low-end 120-140 euro smartphones in Europe (Moto G is more like 180-200 euro in Europe, in comparison). It didn’t have much, but other than the 512 MB of RAM, I thought it had the absolute minimum amount of specs for what an Android phone should have to even work properly. Of course, when I say that I’m referring to people who don’t care about specs or other bells and whistles, just about getting a nice looking smartphone on contract for free, or at a low enough price off-contract – people who would still buy a cheap feature phone otherwise.

The Xperia E had an ARMv7 processor (single core 1 Ghz Cortex A5), which was important, because without the newer ARMv7 architecture you wouldn’t be able to run apps like Chrome for Android, which many people use.  It also had a 3.5″ with a 480×320 resolution, 3MP camera with VGA recording, no front-camera, 4GB of storage, and 512 MB of RAM. Again, none of you reading this would probably want one, but you may have considered recommending it to someone who wanted a really cheap Android smartphone, and the Xperia E was the lowest you could go, unless you want even people who don’t care as much about specs, to think their phone is terrible.

Sony intends to release its successor next year, and add LTE to it, presumably among other improvements. It seems that 2014 is the real year of LTE, as it’s about to appear not just in high-end phones and some mid-range ones, but in all mid-range phones, and even most low-end phones.

As for what other specs it will have, unless Sony decided to keep the specs more or less the same (bad idea) to reduce the price, then I would expect it to come at least with a dual-core Cortex A7 processor, 1 GB of RAM (although with KitKat, which this phone will most likely have, 512 MB of RAM should work, too), probably still 4 GB of storage, along with a microSD slot, and if we’re lucky a 4″ screen with a 800×480 resolution (3.5″ are really too tiny for anyone to use), 5MP camera with 720p recording (I don’t see why not), and possibly a VGA front-camera this time (although they may decide to leave it out again, too). The phone is also rumored to come with dual-SIM (there was a dual-SIM version for the first Xperia E, too).

I believe these specs are doable for 120-140 euro in the first half of 2014, but it depends on how much money Sony wants to make on it, and whether they want to keep the same price as the Xperia E had when it launched this year, or lower it.