Previously thought to be the new Nexus 10, the LG V510 is now suspected to be a “Nexus 8″, instead. That size makes a lot of sense to me, with flagship smartphones having 5″ or larger screens these days, and it should still be very usable in portrait mode.  The model has the same 8.3” screen size and the same 1920×1200 resolution as the LG G Pad 8.3, and it also has 2 GB of RAM and 16 GB of storage, while the dimensions seem to be identical. So it’s definitely not a “Nexus 10” as previously believed.

A lot of people were expecting a new “Nexus 10” to come out around the same time with the new Nexus 5, but for whatever reason, Google seems to have given up on launching a new Nexus 10 at this point in time, and they may not launch another one until fall 2014, if ever. My guess is they didn’t think a new Nexus 10 tablet launched this year would be much more successful than the old one, which wasn’t nearly as successful as the Nexus 7 either.

A big reason for why that’s been happening is because there haven’t been a lot of tablet optimized apps, and Google is just now trying to force developers to optimize their apps for tablets, too (almost 3 years since the Honeycomb launch, and almost 4 years after the iPad), so they may want to wait one more year before enough tablet optimized apps are in the store. 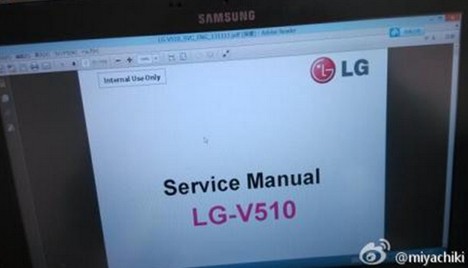 Another reason why Nexus 10 hasn’t been very successful, and may be a controversial point, is that unlike Android smartphones, Nexus 7, and iPads, a 10-inch Nexus 10 or other similar tablets need to be held in landscape mode, which I think most people don’t like, and they can’t hold them in portrait mode either, because 16:10 is a pretty weird ratio for that, and they’re very cumbersome to use in that position.

Unless Google can build a powerful multi-window system into Android 5.0 that makes 10″-12″ tablets a lot more useful in landscape mode, and until Google starts pushing hybrid devices and Android notebooks into the market, I’m afraid such Android tablets will never be very successful unless Google switches to a 4:3 ratio or at least a 3:2 ratio (like Chromebook Pixel) for the 10″+ tablets.

Meanwhile, it seems that the most successful Android tablets going into 2014 will be the 8″ ones, such as an upcoming Nexus 8, along with the successor of the LG G Pad and Galaxy Note 8.0.