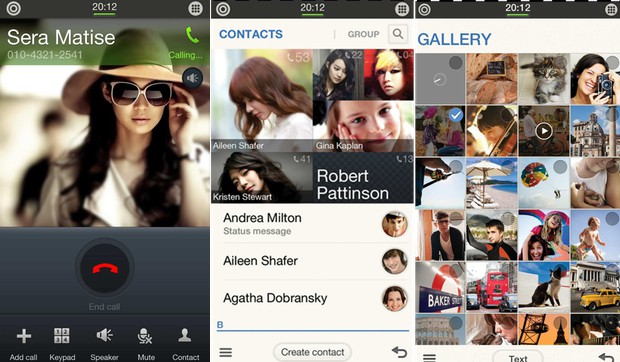 A recent leak, from the database of the Korea Intellectual Property Rights Information Service, has revealed a batch of images purported to belong to the Tizen 2.1 interface. The images reveal a design methodology which is radically different to previous leaks, and clearly shows Samsung's commitment to their own OS.

For those who no idea what we're talking about, Tizen is an open source software platform designed for multiple devices including smartphones, laptops, in-car systems, smart-TVs and smart cameras. The OS is currently being developed by Samsung, Intel and others and is mostly being developed as an alternate ecosystem to Android.

Samsung wants to ensure that Tizen is matured well-enough before they officially unveil Tizen to the world, which is rumored to be outed on 23rd February next year at a press conference in Barcelona ahead of Mobile World Congress, the annual industry event where all major phone manufacturers give a glimpse of things to come.

The latest leaks, caught by SamMobile, give us some idea how the OS is going to work. The images give us a tantalizing sneak peek into various apps like the contacts, the dialer, the gallery as well as the notification area. Some similarities between Android and Tizen are evident in these images; however this is to be expected as Samsung has built-in some design features from their Android TouchWiz interface. Samsung's very own "Driving mode" and "S-Beam" can be seen in the screen shots. 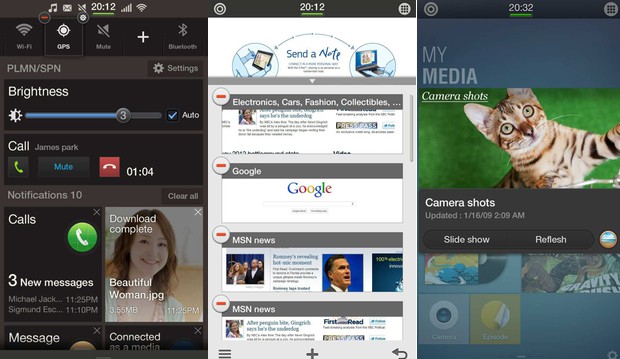 Even though Samsung has constantly stated that they plan to ultimately develop devices for both – the Tizen as well Android – ecosystems, it is unclear as of yet how Samsung intends to carry off this balancing act. Alternately, having another open source OS as competition for Android would definitely ensure that innovation in the Android ecosystem would continue. However, user interface and Samsung's inbuilt apps aside, the major challenge for Tizen would be to speedily build up an app store as vast as the Google Play store.

These leaked images are merely pointers to how Samsung wishes to proceed with Tizen, we would not take these to be proof of how the final build will look like. Tizen has already been upgraded to version 2.2.1 and with a purported release date of February last week, we wouldn't have to wait much longer.

So, what are your thoughts on these images? Shout it out in the forums below.