Android has given not just big phone makers an opportunity to sell even more phones, but also small companies an opportunity to become strong rivals to the big players in the market. One such company is the Indian-based Micromax, that was created only 5 years ago, and yet in this short amount of time it has become India’s 2nd largest smartphone brand in the country, and 3rd largest in the regular phone market.

As I mentioned, this growth is largely due to Android, since Micromax is selling smartphones that go from as little as $50, which is half the price of what a similar Samsung phone costs in India. In such a price-sensitive market like India, it’s no surprise that a company targeting that super low-end price level was going to be successful, and yet that market was probably deemed not very interesting to a company like Samsung, which expects to make more profit from its phones.

Micromax is starting to have higher goals for itself, too, though, and is now looking to compete at higher-end levels, and also globally. That may prove trickier, because at those levels, and on the global market, the competition is a lot more fierce, and there are more established brands. At the low-end they managed to grow fast because not that many companies were interested to compete there, although the competition is getting tougher at that level, too, with companies like Karbonn and LAVA also wanting a piece of that market.

Micromax wants to compete in higher-end markets with new phones like the Canvas Magnus and Canvas Turbo. The Canvas Turbo comes with a 5″ 1080p screen, 1.5GHz quad-core MediaTek MT6589T chip with a 357MHz GPU, 1GB of RAM, 32 GB of storage and a microSD slot can supports cards up to 64GB. The phone comes with a 13MP rear camera and a 5MP front camera, and it also supports dual-SIM functionality. Unfortunately, it only comes with Android 4.2 out of the gate, but it should get Android 4.3 shortly (which is still quite behind the latest KitKat version, though). 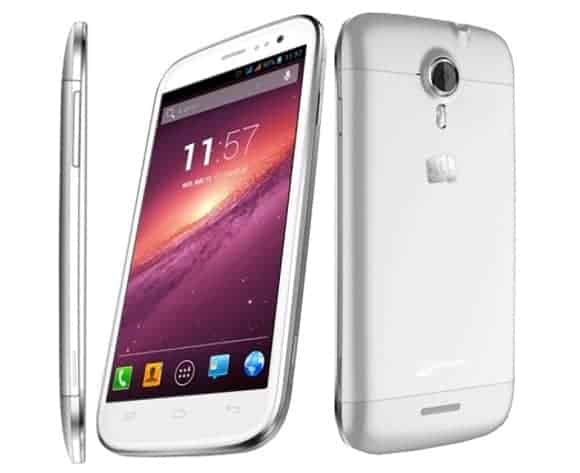 The Micromax Canvas Magnus is more of a mid-range device with a 5″ 720p screen, 1 GB of RAM, and probably the same chip as the Canvas Turbo. It also has 12MP and 5MP cameras, a 2,000 mAh battery and a microSD slot.

Micromax intends to push such phones in Russia and Eastern Europe next year, and it may see some success there, but unless the phones are very high value in those markets, it’s still going to be tough for them to compete until they create a more established global brand, which is kind of a chicken and egg problem, unless they spend a lot of money on advertising, too.