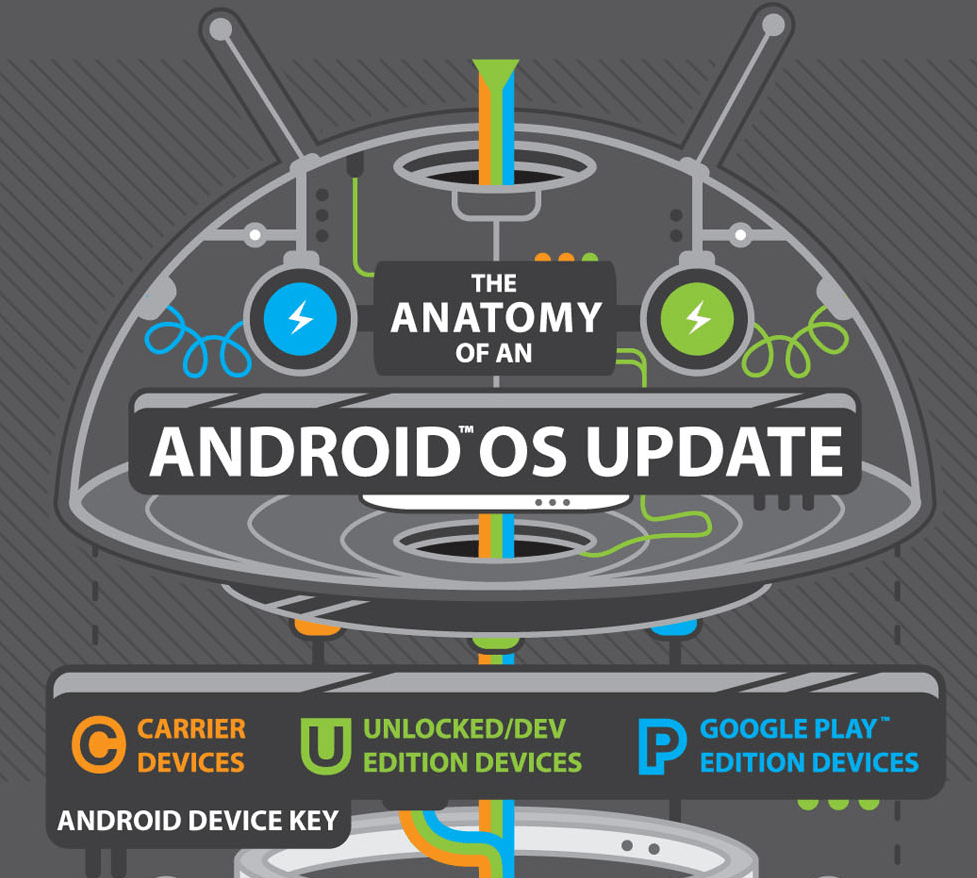 If there's one thing you can count on after Google releases a new version of Android, it's everyone asking "where's my update?". It's almost like clockwork. Which is understandable. As tech enthusiasts, we want the latest and greatest software. Although, sometimes we don't always get it as quickly as we want it. I hear people saying all the time "oh well [manufacturer name] never updates their phones" or "well I'm on [carrier name] so I won't get the update", many times. In fact, I'm even guilty of that.

However, today HTC has posted an infographic titled "the Anatomy of an Android OS Update". Which is actually quite nice to see. As we know, there are basically three versions of the HTC One. There's the Google Play Edition, the Developer/Unlocked editions and then the Carrier devices. It basically shows you how much work goes into updates for carrier devices like the AT&T HTC One. As you can see on the status page, the Developer and unlocked HTC One's already have KitKat along with the Google Play Edition. So what's holding up the carrier versions is the carriers, technically.

As you can see, the Carrier versions go through 12 steps, while the unlocked/Developer editions uses 9 steps and the Google Play Editions only have 8 steps. There's also the fact that the carriers have to test out the build and then certify it before they'll allow it on their branded device. While this probably doesn't make many of us happy, it will in fact show us that a lot of work goes into making our OTA's. So they may indeed take a while. But honestly, updates are coming out much faster these days than they did in the Froyo and Gingerbread era. And even in the ICS era back in 2011. Which I think is a big step.

We've got the full Infographic down below. You can also check out HTC's website for more information. Hopefully we'll see KitKat landing on the AT&T, Sprint, T-Mobile and Verizon HTC One's within the next month or so.