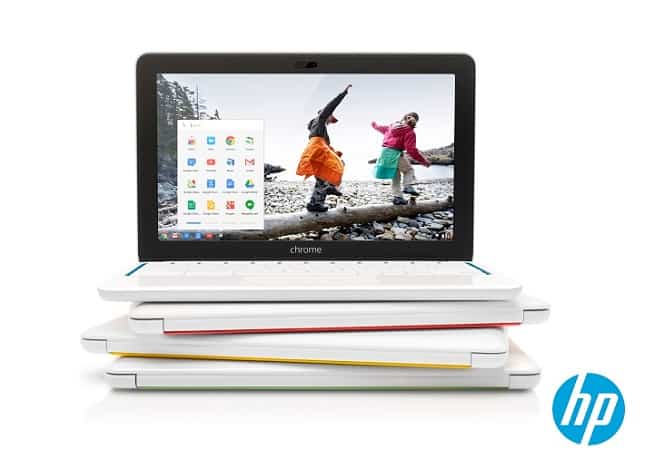 HP and Google have finally resolved the issues with their Chromebook 11’s charger. So now, as expected, the Chromebook 11 is making its way back to stores. It made it’s triumphant return to Amazon today, where it’s priced at $279. It’s also available at stores like Best Buy, and Google Play. Although I’d expect it to hit even more stores in the next few days.

Right now it appears that the white and blue model of the HP Chromebook 11 is in stock and shipping. It’s priced at $279, and it sporting the Exynos 5250 ARM processor (Same as the Samsung Chromebook from last year), 2GB of RAM, along with an 11.6-inch 1366×768  IPS display. There’s also a 16GB SSD hard drive inside, 2 USB 2.0 ports, and a VGA webcam. The battery is rated at about 6 hours of use. Which seems kind of low to me, but then again I’ve been using the Acer C720 lately, which has a Haswell chip and can give me close to 10 hours or more.

What’s so special about the HP Chromebook 11? Well the charger is actually a microUSB charger. Similar to the one you use for your phone or tablet. Which means those battery packs you’ve got laying around can charge your Chromebook 11. Which is a big deal, especially if you’ve got a power outage, or are on the road a lot. I’d love to see more laptops and Chromebooks come with a microUSB charger. It’s nice having the same charger for everything, right?

How many of you are going to pick up a HP Chromebook 11 from Amazon? We’ve got the link down below.