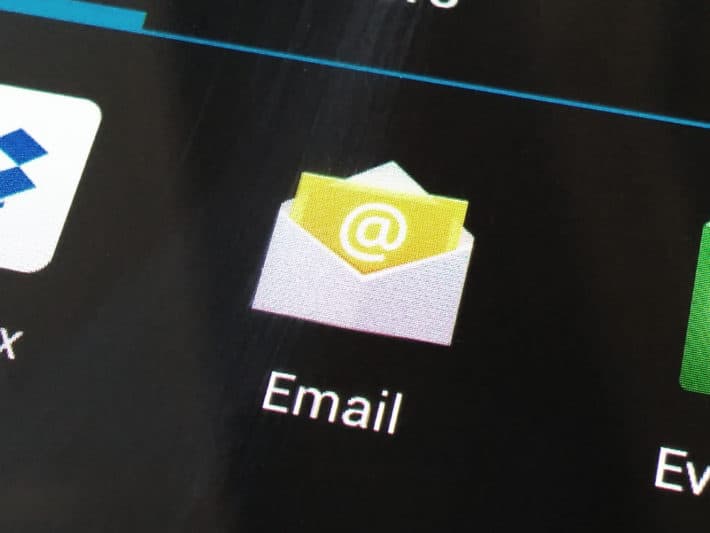 This year has been a big one in terms of fighting the age-old problem of fragmentation on Android. With the introduction of Play Services back in May and Google’s continued push to release apps into the Play Store, they are drastically reducing the need to be always running the latest and greatest version of Android.

A year or two ago, if you wanted to have the latest Google Keyboard, Calendar, etc. you had to have the newest version of Android. But today, with Play Services taking the newest sync and account features out of the OS, and so many stock apps being decoupled and released separately, even phones on Android 4.1 can enjoy the newest services and apps.

According to a code commit in Google’s open source system, it looks like the stock Android Email app might be the next one to be released in the Play Store for everyone. The code commit was first noticed by Android Police and seems to suggest that Google is testing the newest Email app for future Play Store release.

The newest version of the Email app arrived with Android 4.4 Kit Kat and was a pretty big upgrade, bringing the stock Email app closer to the look and feel of the Gmail app. The Email app is used heavily by millions of users who rely on Exchange email for their workplace or school, and these users currently have no way to get the latest Email app update without an entire OS upgrade to Kit Kat.

There are, of course, other email apps in the Play Store that support Exchange, but a lot of people still prefer the stock Email app for its simplicity. Hopefully, this tiny bit of text from Google is a hint that the Email app actually will hit the Play Store sooner than later.

There’s still no further word on the longstanding rumor that the Camera app or the Google Experience Launcher app will also hit the Play Store. Those are arguably more exciting than the Email app, but it’s still good to see the Email app being readied for wider release.

Do you use the stock Email app for your workplace or school email? Are you looking forward to getting the newest version?